There’s this rather foul old aristocratic trot in Britishland who, at age 69, has declared that she has no interest in making whoopee with a man her own age, but would be quite willing to do the nasty with someone close to half that.

Granted, she was quite a looker in her heyday (around the time of the Normandy landings, that is): 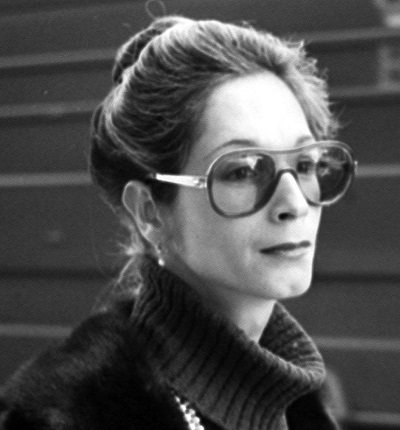 …but alas, she is no fine French wine and has not aged well at all.  Like most once-beautiful women, she’s carried the arrogance of beauty way past its sell-by date and now she’s just pathetic.

I have to ask myself a few things:  firstly, what kind of 35-year-old man would even consider paging through the wrinkles to find her rather cobwebby Garden Of Delight;  secondly, what narcissism allows her to think that she could set that demand and have it fulfilled, and thirdly, why doesn’t she get called a “dirty old devil” as an old man most certainly would if he announced that he was only only interested in jumping a college coed?

Ah fuck it, I know the answers to all three questions, and they’re profoundly depressing.

Most depressing of all, though, is that the old harridan has no shame in announcing all this to the entire nation on TV.  One would hope that someone of her generation would have more manners, modesty or class, but I suppose that as the titled old bat has probably had more pricks than a pin cushion, she probably doesn’t care.

Actually, the reason she wouldn’t bonk a man of her age is that most of us would see through her bullshit and decline the offer, whereas some younger fool would be taken in by her title, celebrity and whatever other reasons why young fools bonk someone of their Nana’s age.