After WWII came to an end, the Italians needed a locally-made self-loading rifle for their Army, and rather than reinvent the wheel, Beretta simply took the excellent Garand design, modified it to take a removable 20-round magazine (as opposed to the top-loading 8-round en bloc clip of the Garand), gave it a select-fire (full auto) switch, and called it the Beretta BM59. The BM59 was Italy’s battle rifle until 1986, when it was replaced with a poodleshooter-type “assault rifle”, the AR-70 in 5.56mm NATO.

Shortly afterwards, the semi-auto-only civilian version (BM62) was released, with a 19” barrel, and would still be an excellent choice as a citizen’s battle rifle.

Here’s a close-up of the action: 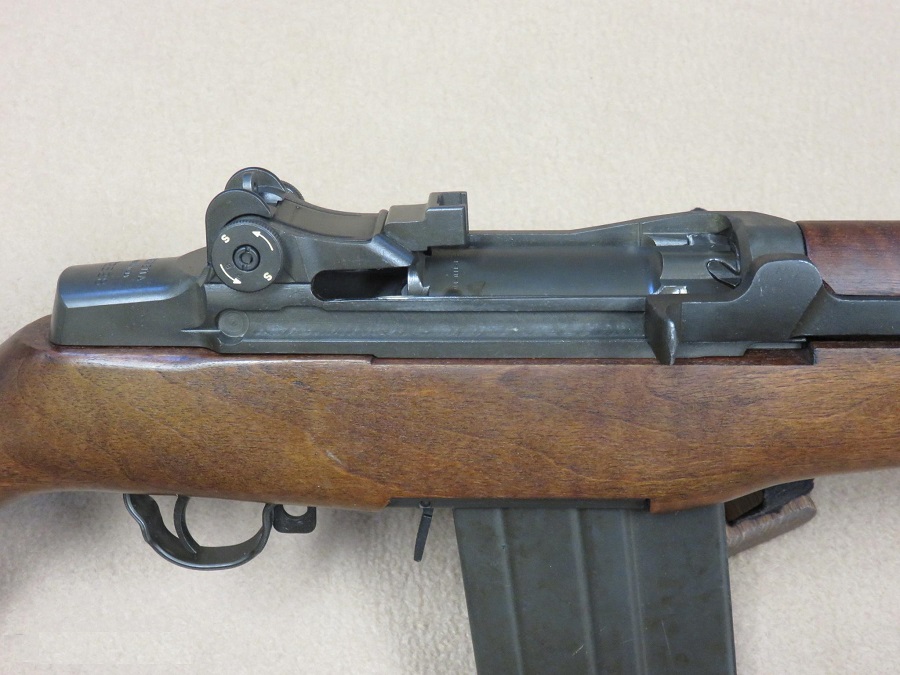 Unfortunately, not many of these beautiful rifles were made, so their prices are typically in the nosebleed range, generally well over $2,500. As with so many rifles of the post-WWII era, it’s just a case of there being more buyers than rifles, so if you find one and really want it, you just have to grimace and sacrifice the kids’ college fund.