In the year of my birth (1954), I think the automotive world began to change.  By then, the austerity forced on European countries by WWII had started to wane, and cars began to become more than just a means to get from A to B.  And in the United States, cars started to move away from the dome-shaped creations of the pre-war era, and reflected both the exploding population of the Baby Boom and the chrome-driven manifestation of the exploding economy.

(Please note that what follows is by no means a comprehensive list;  it’s simply a catalog of cars which caught my interest and / or fancy.)

Of course, there were a few cars which were on their last legs — stylistically speaking — and they would be replaced in the following two or three years.  But in 1954, a couple of models appeared on both sides of the Atlantic which I think triggered the sea change in design.  Here’s one example: Fiat.  Note the old-fashioned post-war styling of the 1954 500C Topolino, and the brilliant new design of the 8v Berlinetta, made in the same year: 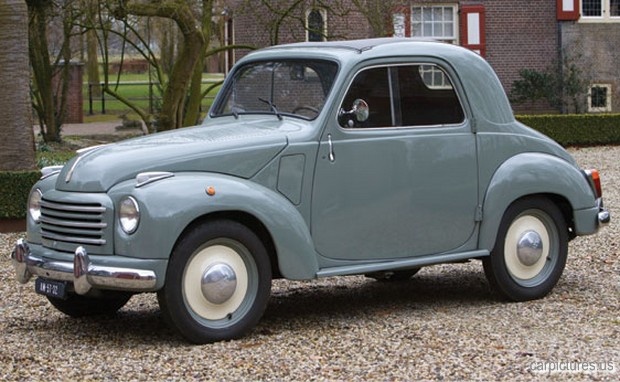 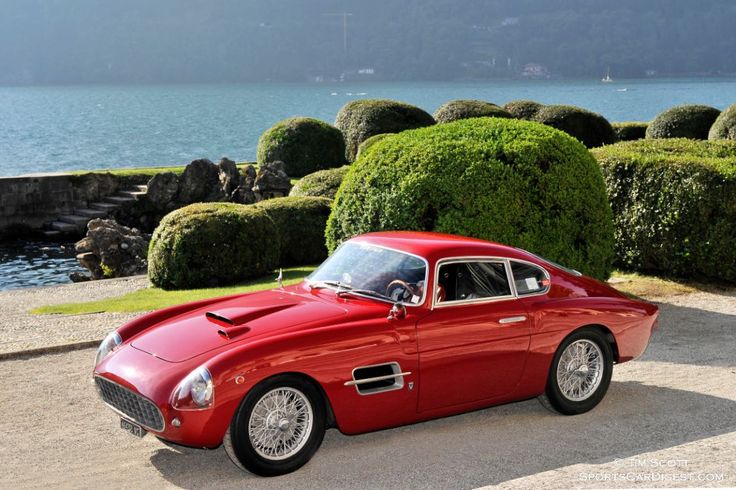 Shades of the Ferrari 375 Mille Miglia: 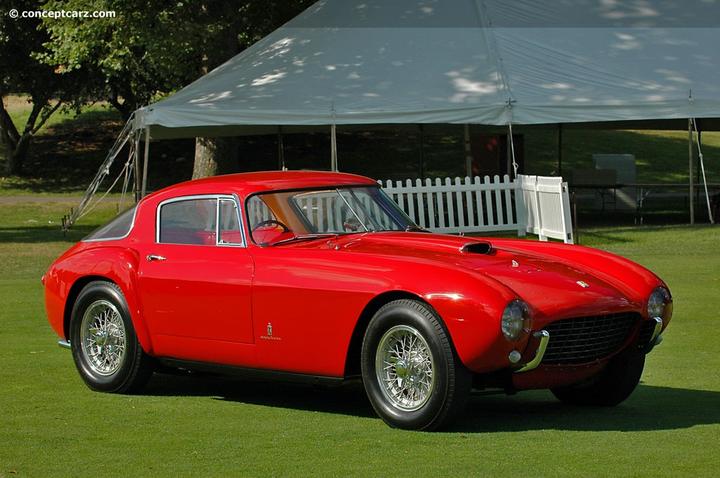 And if ever there was a study in lifestyle contrast between Europe and the U.S.A., note the 1954 Fiat 110 and the Chrysler New Yorker, both family saloon cars: 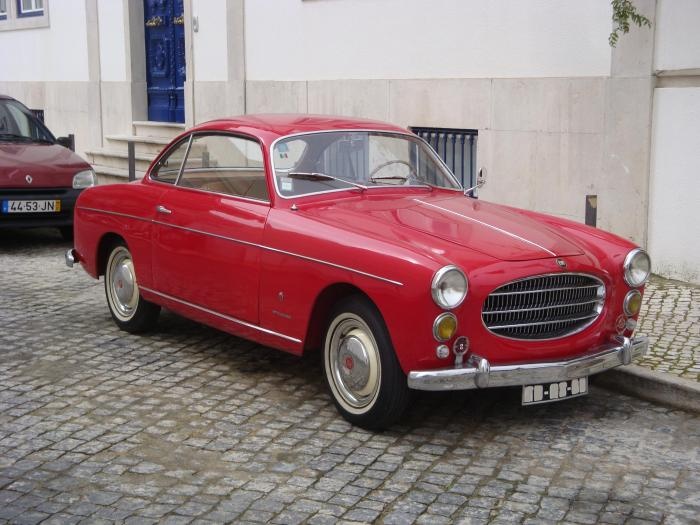 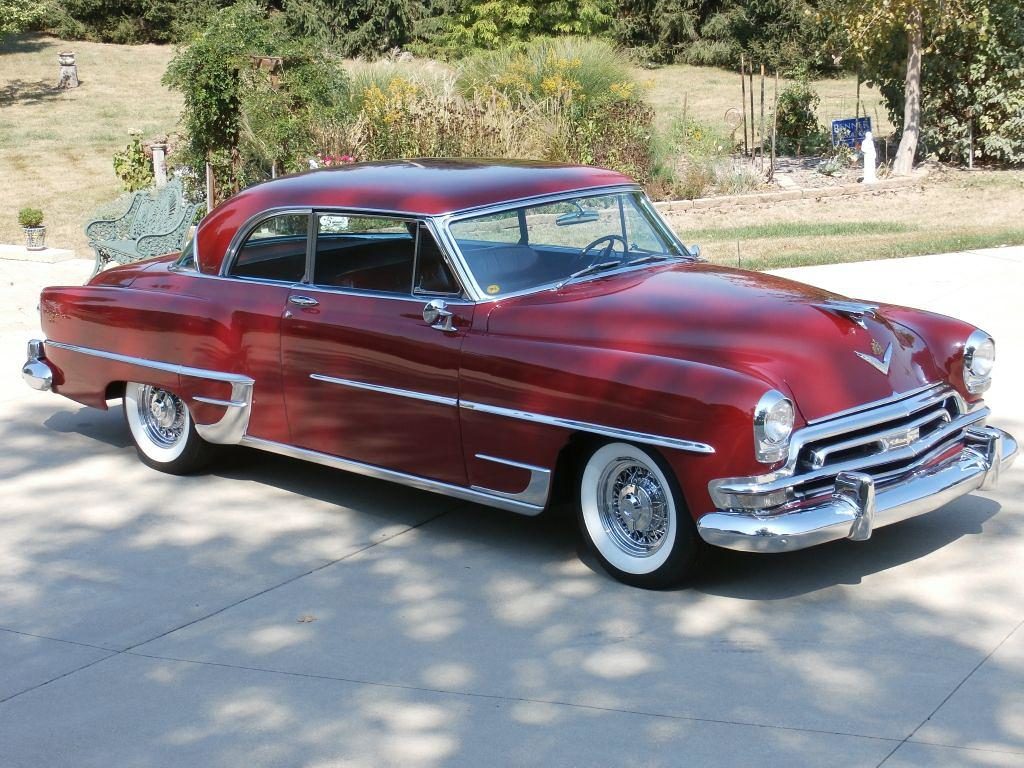 Of course, the Germans caused a distinct ruckus with the 1954 Mercedes 300 Gullwing: 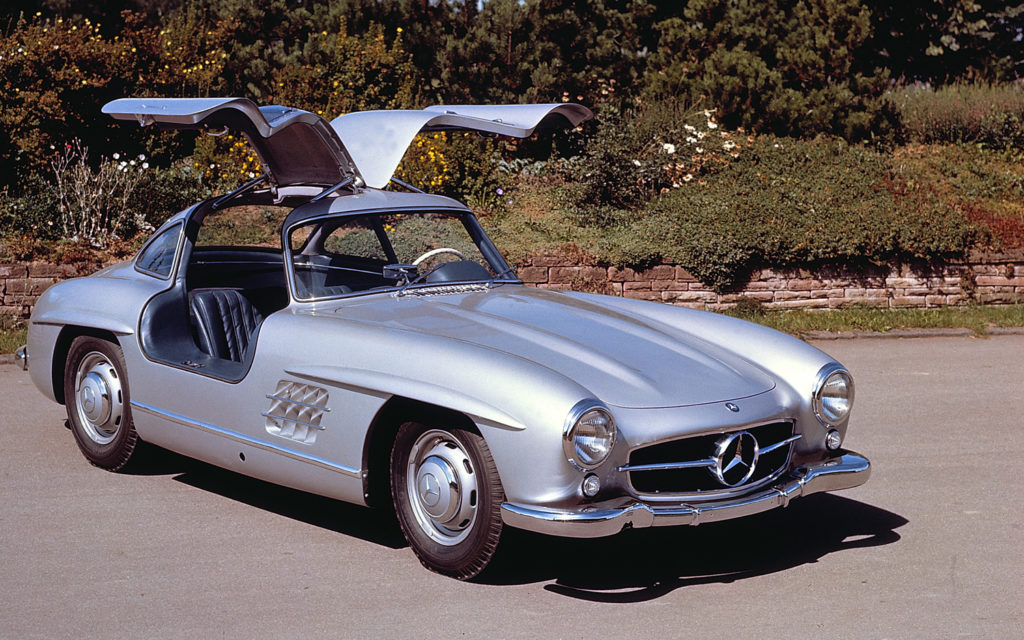 …which was a behemoth, in Euro terms, when compared to the petite Lancia Aurelia B24 Spider: 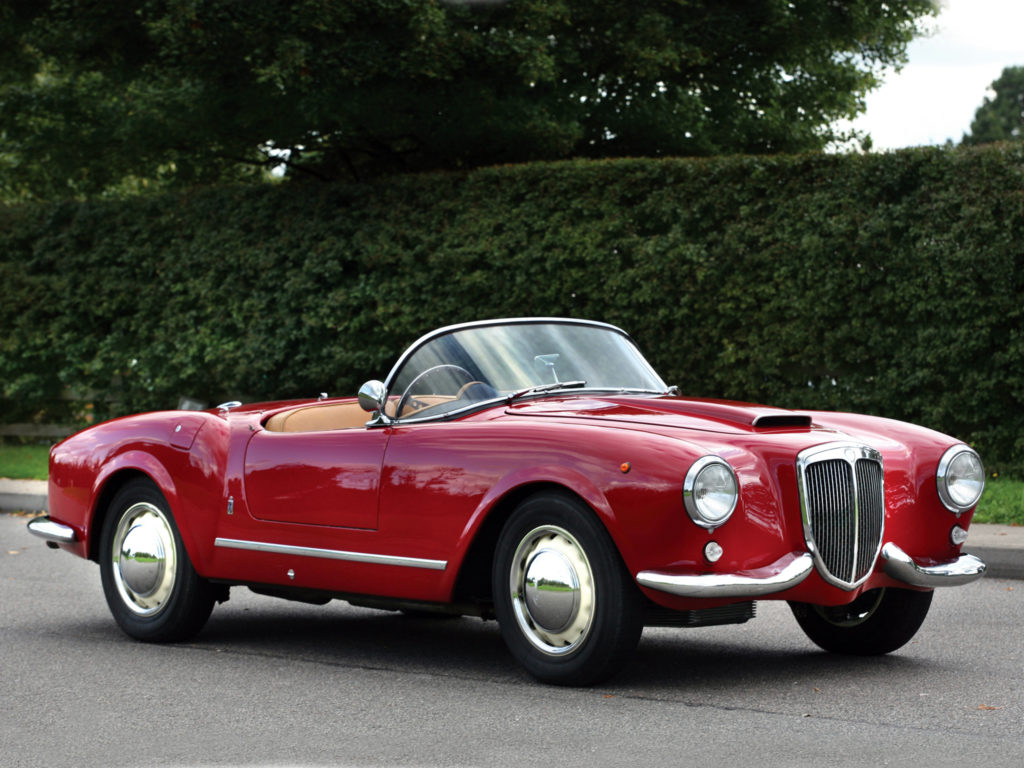 …but compared favorably to the British Daimler Conquest Drophead: 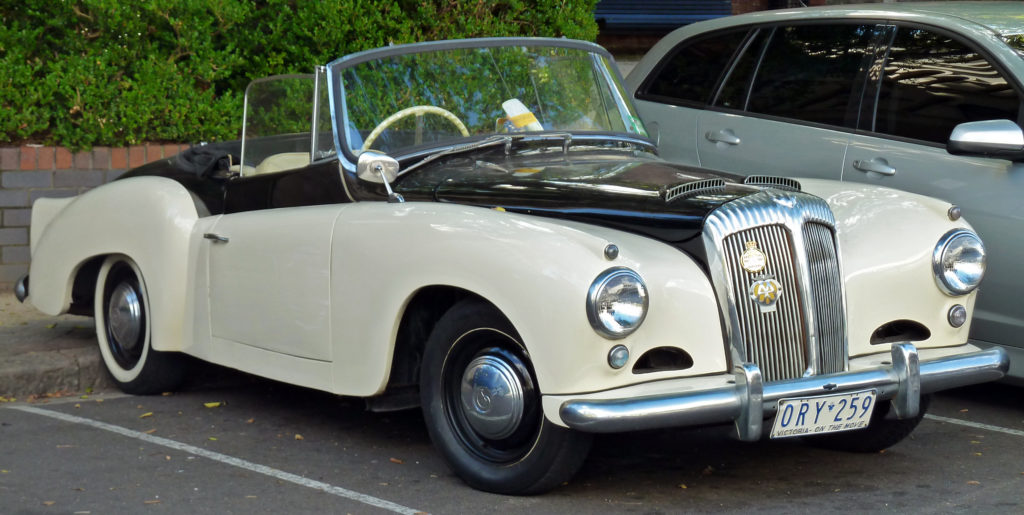 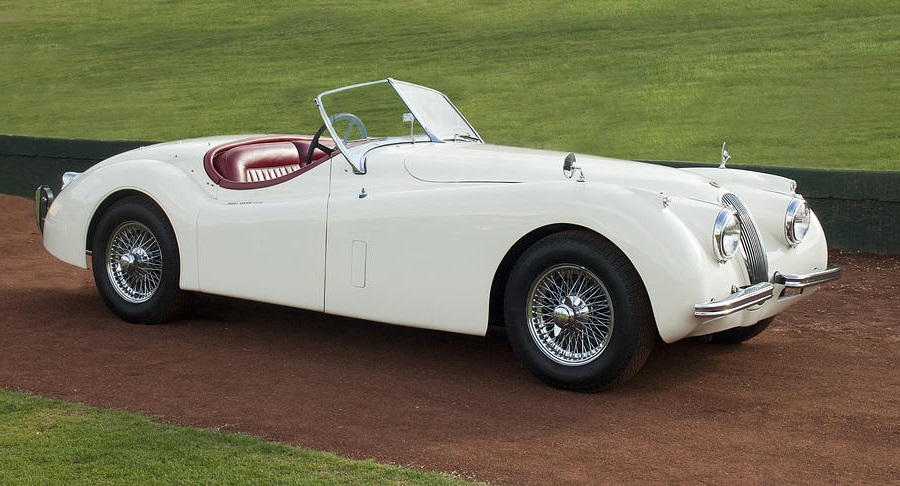 In fact, let’s spend the rest of this post looking at convertibles — why not? — so here we go, first with the 1954 Aston Martin DB2-4 Spider Bertone:

I think the iconic E-type was a direct copy of Bertone’s design, myself;  but I’ll let others argue about it.  The Bertone was accompanied by its stablemate, the 1954 Aston Martin DB2-4 Drophead Coupe: 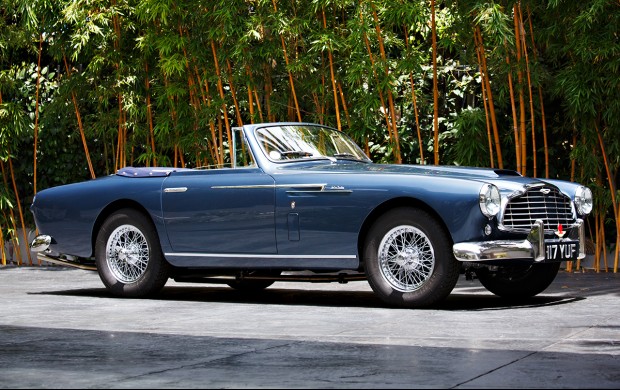 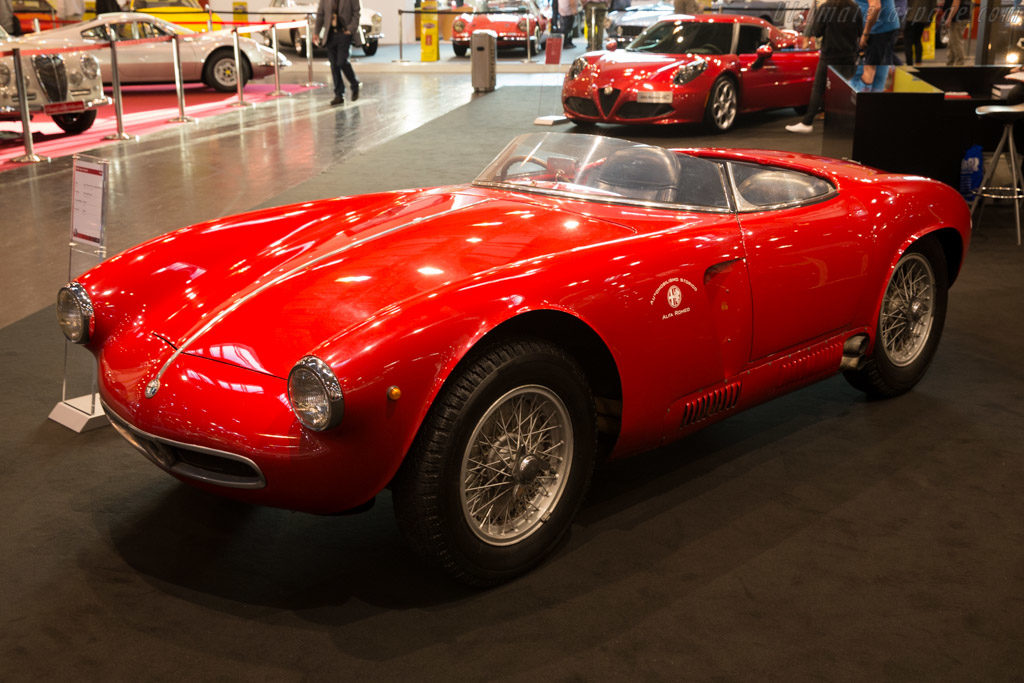 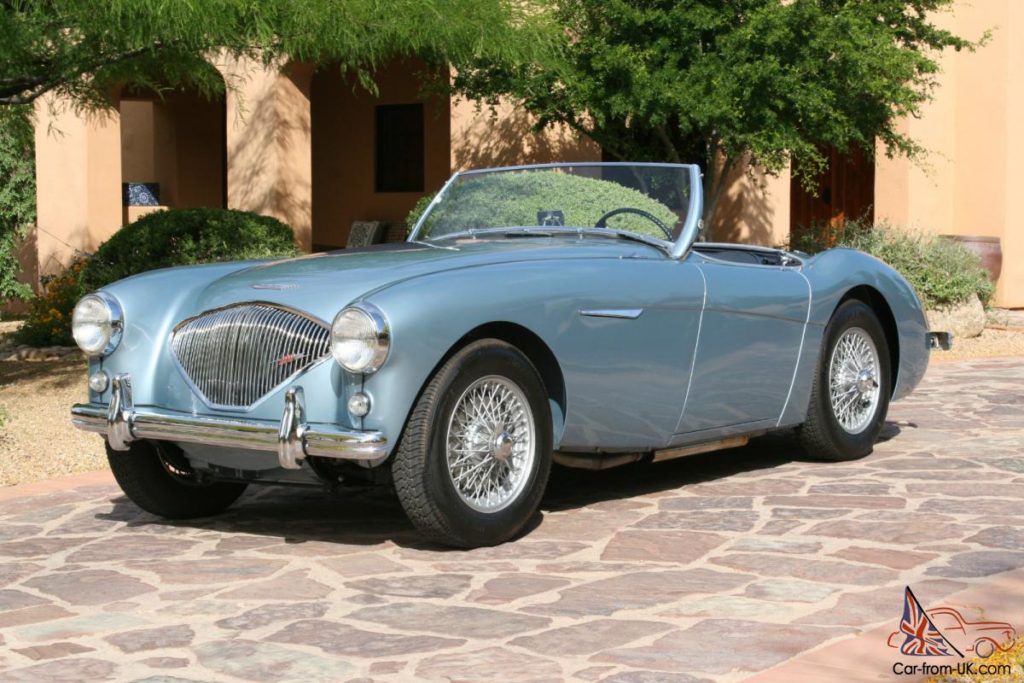 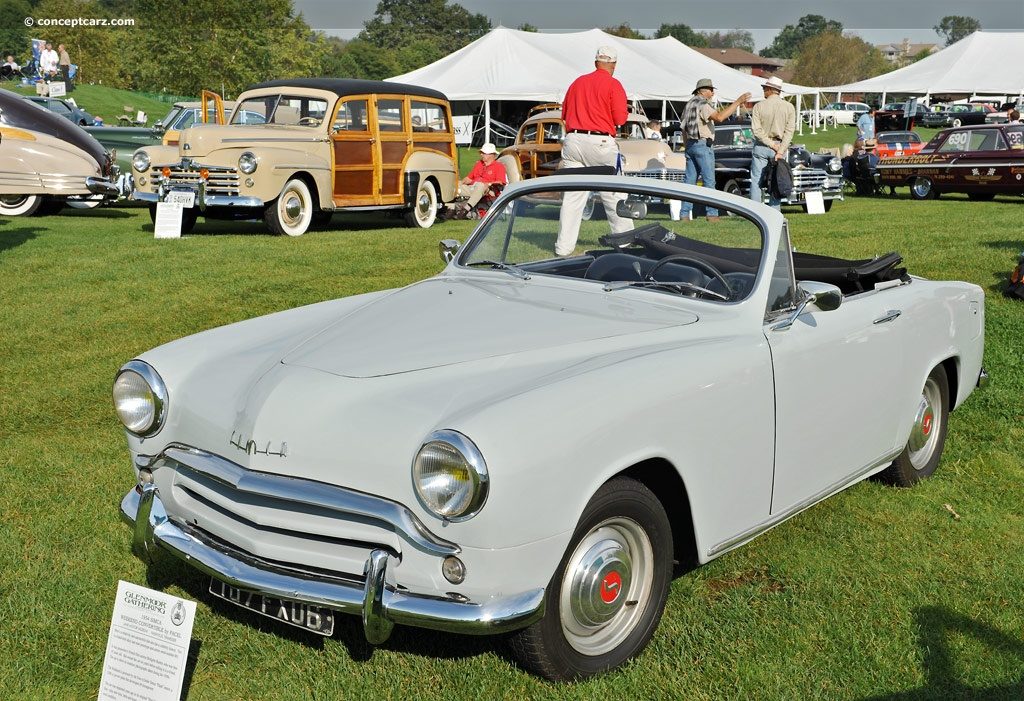 But when it came to open-top cars, the Brits and the French still sold more of the Citroën 2CV and the Morris Minor: 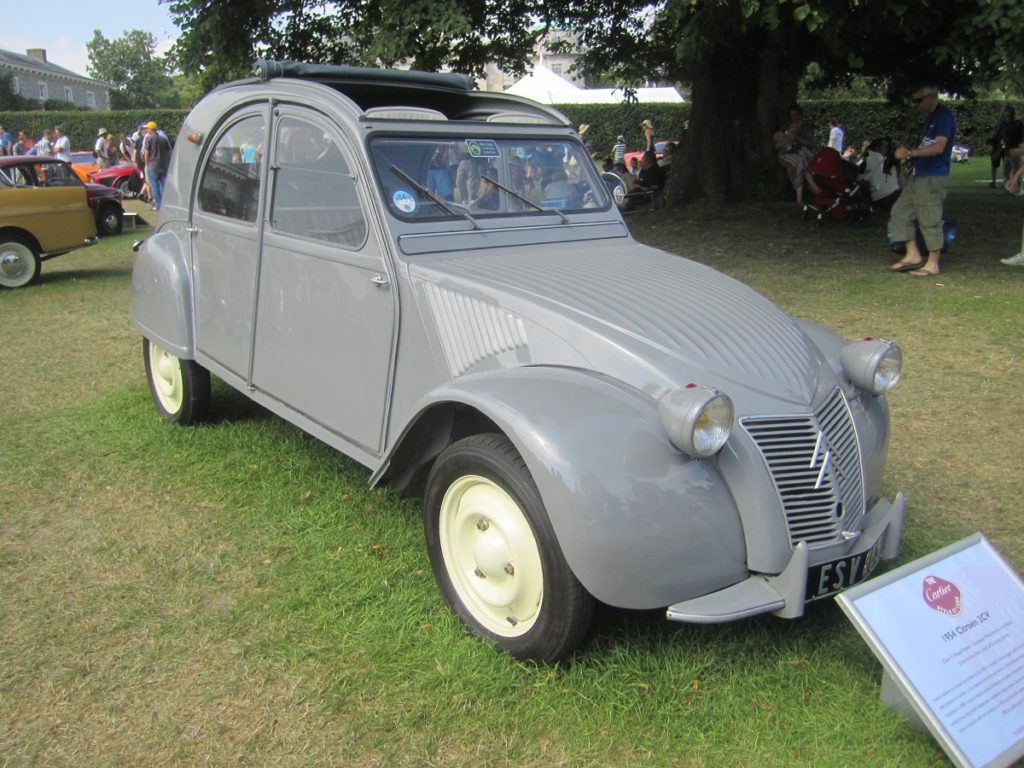 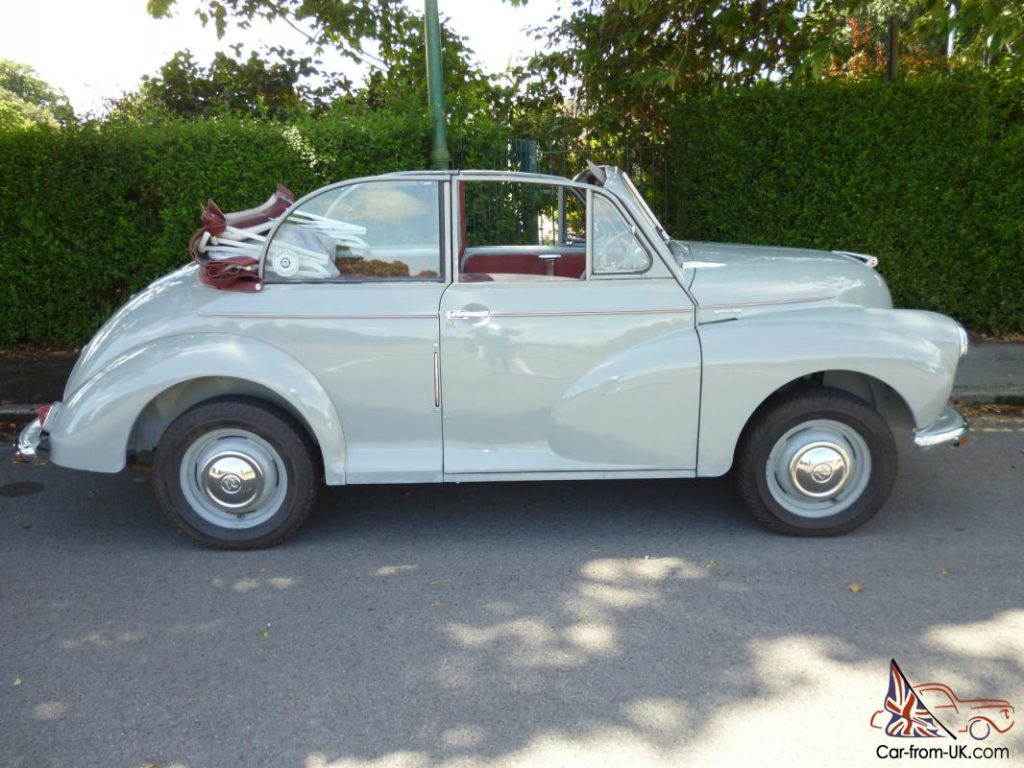 (I should point out that as a youngin, I was driven around in a Minor, my Mom’s car.)

Of course, there were the flashy numbers like the 1954 Morgan Plus 4 (which hadn’t changed since the 1930s, and has yet to change from this style to the present day): 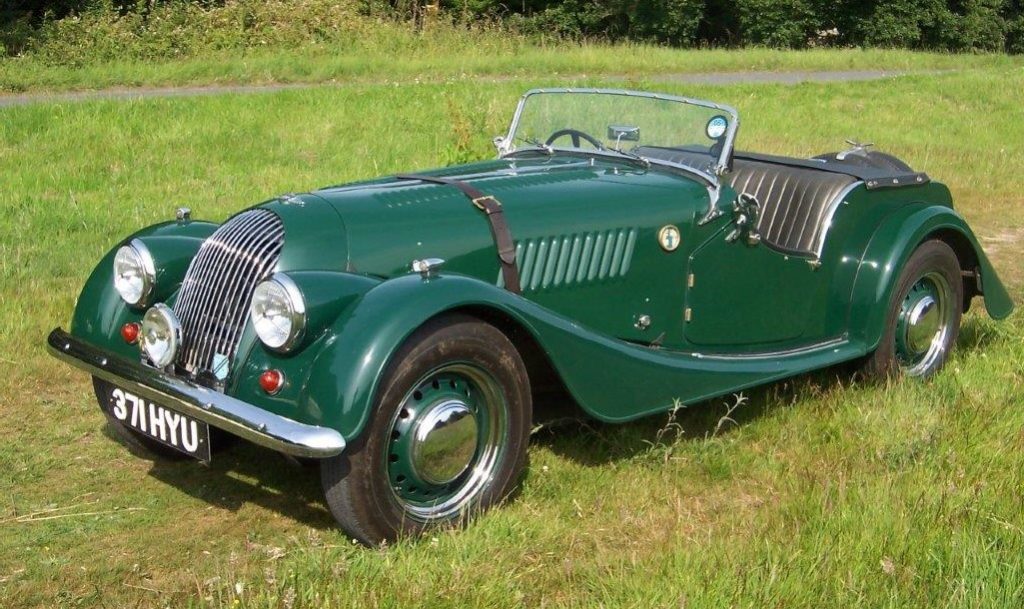 …and the rather plain BMW 502 Cabriolet: 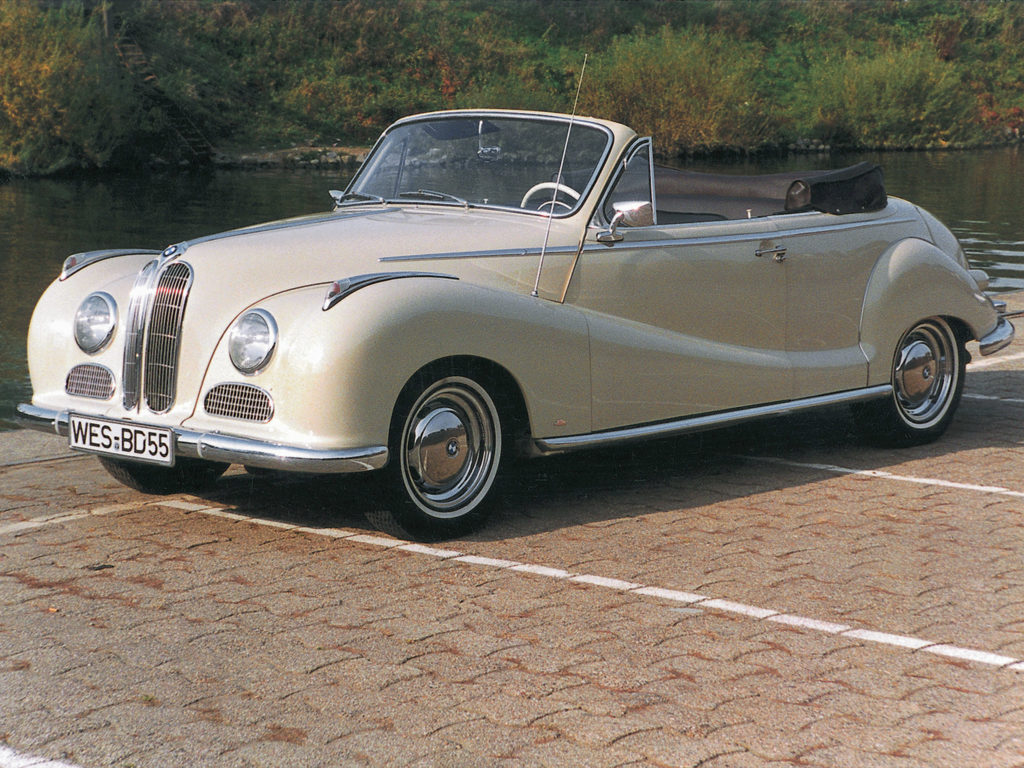 But no study of automotive styling of the 1954 model year would be complete without comparing the above to the American contingent, a sample of which appears below: 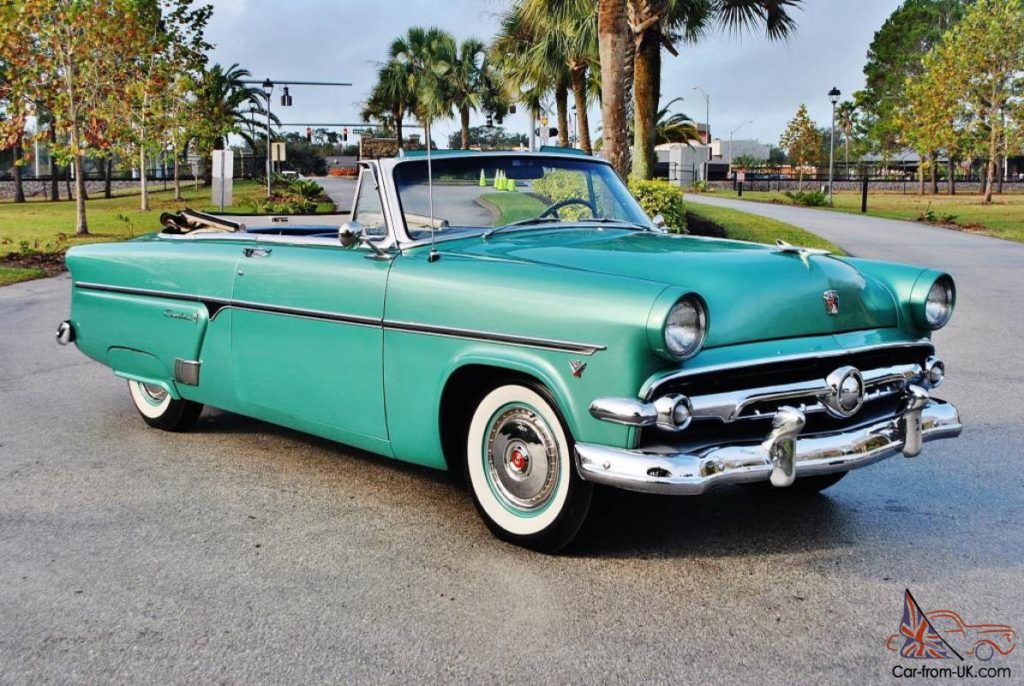 1954 Packhard Caribbean (as I recall, one of the last of the Packhards before the company was bought out):

And of course, no study of this kind would be complete without the sine qua non of Murkin ’50s engineering, the Cadillac Eldorado: 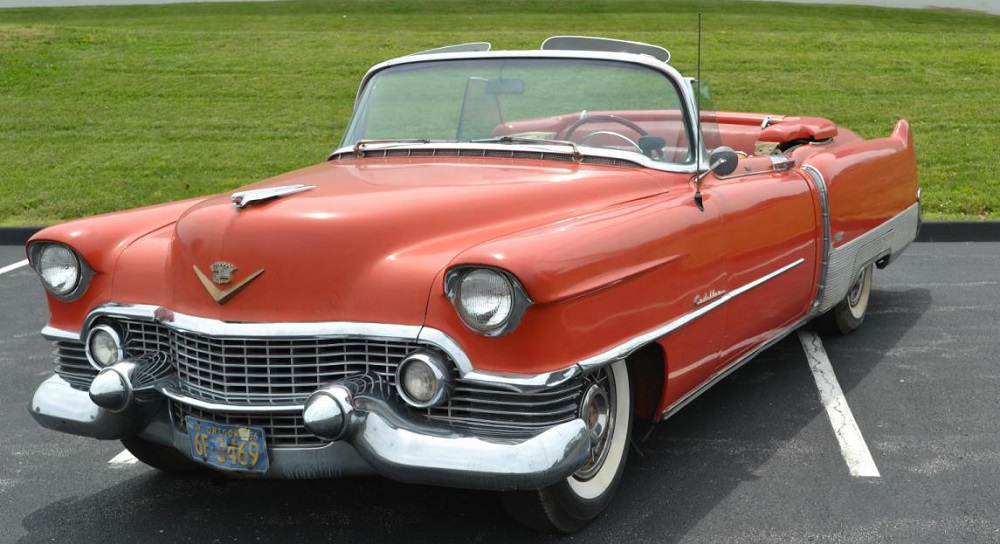 The best (largest) that the Europeans could come up with was the admittedly fine Mercedes 300S Cabriolet: 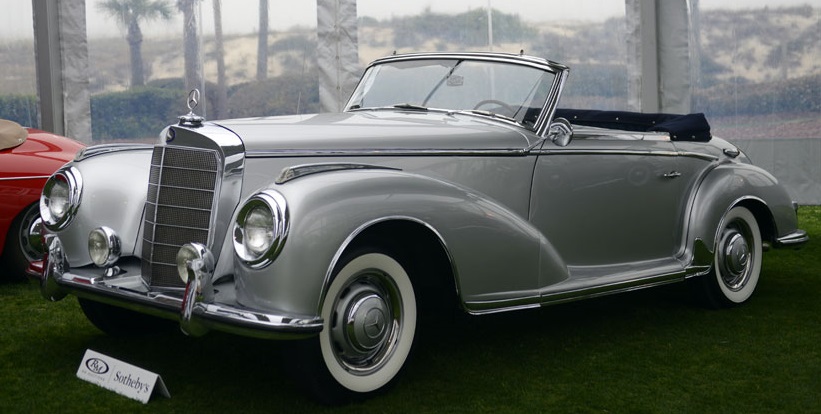 And speaking of Cadillacs and Mercedes, I’ll be looking at family saloon cars in Part 2, tomorrow.