My friend Doc Russia is a very intelligent man. When we got the final diagnosis of The Mrs.’s cancer — that it would be a question of months or even weeks, not years — Doc told me that he was not going to let me stay by myself “in some little apartment, looking at four walls” (his words).

So, true to his word, when the end finally came, he moved me into his guest room where I’ve been ever since — except for when I’ve been living with Mr. Free Market’s family and The Englishman’s family, that is.

Now, of course, I’m staying in Cornwall in a lovely cottage owned by The Englishman, and for the first time since February this year, I’m completely on my own. 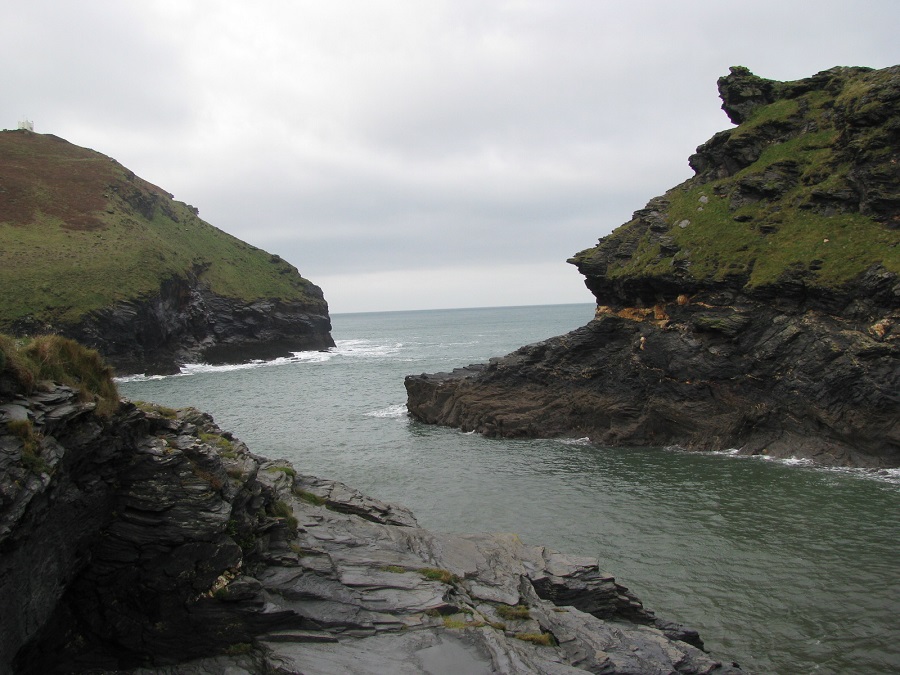 So how does it feel, this living by yourself thing?

Many people talk of how when they finally come to live on their own, whether after death of a spouse or divorce, that there’s a wonderful sense of relief — that being on one’s own means that all your time is your own, that you have freedom to do whatever you want, even that you find things exactly where you left them, and so on. Last night, for example, I felt a little tired so I went to bed at about 9pm instead of my usual midnight-ish bedtime. Big mistake. As I’ve got older, I’ve come to need less sleep — or, to be more precise, a measured amount of sleep: about six to seven hours — so going to bed at 9 meant waking up at, yes, you guessed it, 4am with absolutely no chance of going back to sleep. Shit.

Having established all that, there was only one thing to do, of course: I fell asleep in seconds and woke up just after 9am.

Then I walked downstairs after doing my Morning Things (meds, etc.) and walking into the kitchen, to find everything exactly as I’d left it the evening before: tidy (I’m a tidy person by nature) but with stuff lying on the counter that I would need to make breakfast. I still needed a few things so I walked up to the little grocery store and bought them, and when I got back to the cottage I put everything away and made myself breakfast. Which is when yet another realization came to me: this will be the pattern of the rest of your life.

I also don’t have a car, which means I can’t spend my days driving around the countryside like a dervish, being too busy to think. Now I have to take my time, literally, and in that time, all I really have are my thoughts for company.

Let me get one thing absolutely clear, at this point: I don’t mind being by myself — or at least, I’ve never minded being by myself before. The problem is that when you’ve lived as close to someone as I lived with The Mrs. for over twenty years, you get used to being not alone; and when you love your companion, that constant companionship is not a burden, it’s addictive.

For the first time in my life I feel alone, and it’s not a pleasant feeling.

This won’t last, of course. At some point I’ll either get used to being on my own, or else a miracle will occur and I won’t be on my own anymore.

This post, by the way, is not a cry for help, nor is it a gloomy one. In ten days’s time, I’ll be driving along the Midi with one of my oldest friends, and after that, I’ll be spending Christmas and New Year in London with an even older one. My time in Cornwall is therefore just an interlude, but it may well prove to be the most important part of this sabbatical.

But Doc sure called this one right. At this point, having spent so much time in other people’s homes and having been so busy doing things like hunting, carousing, watching cricket and football and driving all over the place, the shock of February has pretty much worn off. Had I moved into an apartment back then and spent my days looking at the walls with a future that was going to be just that, I’m not sure I could have coped. No, let me tell the truth here; I would have fallen apart.

Instead, my friends, my wonderful, caring friends have given me the chance to recover, a time to heal and a time during which I could put my mind at rest.

Now I’m ready to move on, to face what the rest of my life may bring me, and I promise you all, I intend to live it to the full.