Now that I’m back, and my body / brain have more or less got over the fact that it’s really 11pm and not 5am, I thought I’d share some of the things I found I missed whilst Over There.

Carrying a gun:
Of course, that’s streng verboten in Britishland, but as I’d been staying out in Hardy Country for most of the time, I hadn’t really missed the 1911 or backup S&W 637 on my hip. However, when Doc Russia picked me up at DFW, he dropped the S&W into the seat divider with the casual comment, “Thought you’d want this.” 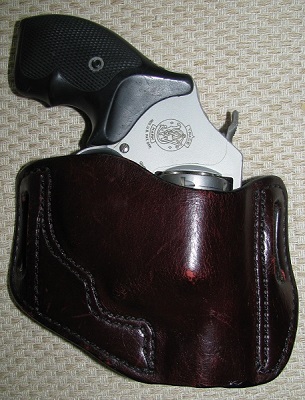 …and he was right, of course: as I slipped it onto my belt, it felt at once familiar and comforting.
Also, I like driving with guns in my car without that feeling of paranoia that the fuzz are going to get shirty with me just for doing so. One one occasion, Mr. FM and I were traveling north to the shooting range, carrying the usual assortment of rifles in the back of the Land Rover, when we had to stop at a supermarket en route to get supplies. I offered to stay in the car to look after the guns, but Mr. FM pointed out to me that if the rozzers were to find me in a car with guns that weren’t licensed to me, I’d be arrested — in other words, it would be less hassle just to let some criminal asshole steal the guns. Ugh.

BBQ and coffee:
Most of the time, I didn’t bother buying or ordering BBQ while Over There  because, well, I live in Texas. It would be like Mr. FM ordering a lamb curry or steak pie in Dallas: not the same, and most likely inferior. Last night I went to dinner at Bone Daddy’s with the Son&Heir and Canucki Girlfriend. I have three words to say: “burnt ends” and “brisket”. Welcome home, taste buds.
Likewise, I missed my Keurig, big time: as Longtime Readers know, I favor Krispy Kreme Light Roast in my K-cups, but wherever I stayed, my hosts had Nespresso machines with super-strong coffee in pods. Fortunately, I found a way round the problem, simply by making two cups from one Nespresso pod, using a big coffee mug to mix the strong and weak brews. Curiously, though, now that I’ve come back to my usual coffee, it seems quite weak by comparison — but I’ll get used to it in a while because it still tastes better.

Left-hand drive (LHD) cars:
…and their companion, driving on the right. Remember that I grew up in South Africa, and drove RHD cars in the left lane for a dozen years — so driving in Britishland was no big deal, just requiring a little muscle memory and perception change. However, I’ve been living Over Here for thirty years so I’m really more familiar with our system — and by the way, it sure is good to drive on wide, multi-lane suburban roads again in my VW Tiguan. On that topic, I rented two cars while in the UK, a Hyundai I-something and a Ford Fiesta. 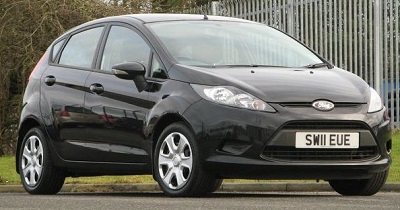 Both are tiny cars [5,000-word exposition on getting my burly fat ass in and out thereof omitted], but no matter how small the car, most country roads in Britain are not two-lane, but 1½ lanes wide (and often less than that). I cannot tell you how often I held my breath as another car would pass me by, missing my wing mirror by what seemed like millimeters. (Even cheap rental cars Over There have the electric “folding wing mirror” feature, and it’s easy to see why.) Mr. and Mrs. Free Market, of course, drive their Land Rovers and Range Rovers with the knowledge that, as Mr. FM casually puts it, “he’s going to lose this one”, so oncoming cars generally get the hell out of their way; when you’re in a weenycar, not so much. And don’t get me started about trucks…
All that said, however, I have to say that it was a pleasure to drive among polite, courteous drivers who don’t mind yielding right of way and who don’t take it as a personal insult that you’ve usurped “their” position in the lane. Most of their asshole drivers seem to be in BMWs or Audis, but that’s pretty much the same Over Here in north Texas.

Opening hours:
Good grief, British retailers are lazy. Out where we were, supermarkets closed at 4pm on Sundays (!) and only re-opened at 6am on Monday. On weekdays, they closed at 9pm, on average — and this was true of Morrisons, Waitrose, Sainsbury, Tesco, whover. It didn’t seem to help their stock situation, though: lots of gaps in the shelves meant that even Waitrose was often out of stock of popular items much of the time, despite their long closing hours. (London, of course, was different, for obvious reasons.) The night before last, I realized that I’d run out of a couple of necessities, so at 11pm I went off to the nearby Kroger — and had to wait in line at the checkout.
And don’t get me started about pubs. Good grief: I have no idea why Brits accept the fact that landlords can dictate the hours wherein one may order food (generally, 12:30pm to 2pm for lunch, and 4pm till 8:30pm for dinner), as opposed to the Stateside attitude of [gasp] letting customers eat when they’re hungry. Some pubs advertise “Food Served All Day” on chalkboards outside, but let me tell you, they are few and far between. On several occasions I’d feel peckish, but after a while I got sick of going to pubs which weren’t open for food service — and I’d end up finding a Greggs instead (a national bakery chain which serves excellent sausage rolls, by the way); meaning, of course, that I also didn’t buy a half-pint of bitter, either so a double loss of revenue for the pub. Idiots. (I have a story from Mr. Free Market on this topic, but I’ll save it for another day because it’s a long one deserving of its own post.)

Weather:
When I arrived in Britishland, it was steaming hot — I mean, close to Texas temperatures, in the mid-90s. When I left just over two months later, summer had already turned into damp, chilly fall — temperatures in the mid-50s and much cooler at night — while back in Texas, it’s still summer, of course, and I’ve been doing some Turkish-bath schvitzing just while walking from car to supermarket. Ugh. Mr. FM hates the British climate after summer; I have to say that on balance, I think I prefer it. My very first purchase Over There (after 6X and pies of course) was a fleece waistcoat, which is needed even on summer evenings: 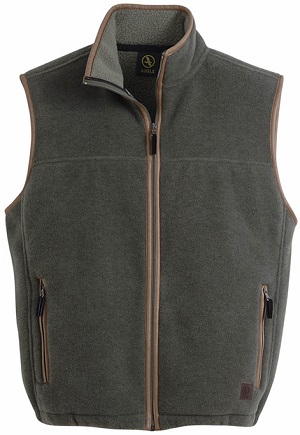 I left it at FM Towers because I’m not going to need it until my return, but it’s going to come back with me in January, oh yes it will. I generally find the Texas heat oppressive and now I’ve been through a mild (by comparison) British summer, I dislike the heat even more. We’ll see how I do in the late fall and winter Over There, of course, but that’s typically been the time of year when I’ve traveled to Europe so it’s not an unknown climate to me. (And I used to live in Chicago, so cold weather doesn’t frighten me.)
Oh, and by the way, it’s really good to get back to temperatures measured in Fahrenheit and not that Celsius bullshit.

More familiar things as I encounter them.