Warning note: following all the links in this post could take up most of your Saturday, so hold off until the very last one; then, if you want, listen to the others.

I’ve been a fan of the Dutch music scene ever since I first became aware of Focus — I know Golden Earring preceded them, but GE was just a Euro version of Grand Funk Railroad so nevermind.

It’s no surprise that a country which gave us Holbein, Vermeer and Rembrandt should also produce outstanding musical talent, but what astonishes me is that so small a population can churn out these musicians by the bucket load.

For a while I was enchanted by Epica — okay, maybe flame-haired singer Simone Symons had much to do with it: 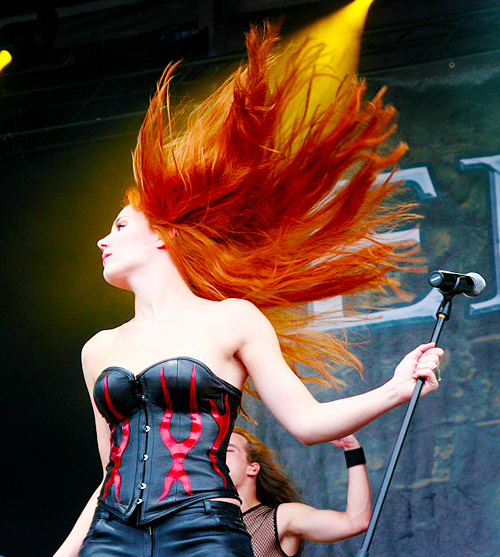 …but I’ve come to enjoy that style of music a great deal.

Now before anyone starts in on me, I will acknowledge that modern Dutch bands are kinda stereotypical: a bunch of dudes with long hair dressed all in black, with plentiful rock-star posing / hair-tossing and Serious Expressions on their faces. (No eclectic neo-classical Thijs van Leer types in their ranks, oh no.) And the music is similarly formulaic: epic fantasy storytelling set to metal, with a powerful female singer.

Then, via one of the kids, came The Gentle Storm. Basically, this is one project of many produced by musical genius Arjen Lucassen (now he is like the multi-talented Thijs van Leer from Focus) and his accomplice, the astonishing singer/lyricist Anneke van Giersbergen. Most of their stuff is like all the other Dutch bands — I will grant that it’s an acquired taste — but the whole point of this post was to bring to your attention the brilliantfantasticamazing song Heart of Amsterdam. The first twenty seconds are standard Dutch-metal stuff, with a few unusual classical instruments thrown in, no synthesizers for our Arjen  — and then comes Anneke, in glorious Technicolor. Watch and enjoy this ode to one of my favorite cities in the world. I must have listened to the song over a hundred times since I first heard it.

Of course, I enjoy the thing even more with the knowledge that the term “gentle storm” is the Edwardian euphemism for an orgasm. I wonder if our Dutch friends know that.