Got sick of dealing with Chrome’s little quirks, so over the weekend I installed Firefox instead.

So far, so good.  I was able to transfer my bookmarks over without too much hassle (once I’d figured it out), and installed AdBlock (which annoyingly, requires three menu clicks to temporarily disable it on a specific website, as opposed to only one on Chrome;  but an ad-free existence is worth almost any inconvenience short of self-amputation).

That’s two conscious decouplings from the Google Empire:  DuckDuck Go as a search engine instead of the awful Google Search, and now Firefox for Chrome.  Annoyingly, I can’t really do without Google Maps, because those fuckers have sunk their fangs deeply into almost all shopping sites, and anyway, Uber seems to require Google for their vehicle tracking — assuming, that is, that I can ever get back to driving for Uber.

One day soon I’ll go back to using a paper journal / diary instead of the foul Google Calendar.  Back when I was a Great Big Executive (in the Pre-Personal Computer Era), I used a tiny calendar to manage my entire life, and somehow I got by even though my daily life was littered with office appointments, birthdays, weekend plans, band practices / performances.  The best part of this practice, in retrospect, came from knowing that the details of my personal life were absolutely confidential and impervious to snooping from commercial interests, Chinese and Russian hackers, and bored, basement-dwelling neckbeards (who snoop just because they can).  I could also open up my diary without having adverts screaming at me and / or redirecting my attention (and often, dollars) to malevolent data strip-miners.

I long ago quit using any of the over-complicated MS Office products, of course, as the (free) Open Office suite gives me everything I need to run my life from a writing, mathematical and accounting perspective.

Oh, and one last thing:  if you feel the need to comment on this post, please refrain from making any sentences which include the word “Linux” because they will be deleted.  Just as I refuse to grow my own wheat to make bread, I refuse to use an operating system that requires knowledge of concepts like “kernels”;  and similarly, word processing is streets better than poring over type trays and composing sticks while having to think about kerning (no relation).

At some point, a complicated life gets simplified by invention and ingenuity, and then the invention and ingenuity start to take over whereupon life becomes complicated, once again.  All I’m trying to do is pull back a little, to simplify my life a tad and slow things down so I can get halfway through the day without going “WTF?” and tossing shit into the swimming pool.

And did I mention that all the area shooting ranges — my favorite panacea for dealing with irritability, confusion and rage — are still closed?

Time for me to take to the air again…

Anyway, I’ve decided to take a little vacation time, to show New Wife around the country a little.  Angie’s only been to most of north and west Texas, northern New Mexico and the bottom half of Colorado, so I decided to take her off to New England for a belated honeymoon.  Also, she loves the sea and beaches are in short supply in this neck of the woods.

As with most of my vacations, there’s very little planning involved other than a putative destination and well, that’s it.  We’ll be flying up there courtesy of frequent-flier miles, renting a car, then heading out to wherever.  I know New England pretty well, having been there several times since I first saw it in 1985, so I have a short list of places to go to.  Most of the trip, however, will be spent eating lobster, seafood bisque, clam chowder and fish ‘n chips, all washed down with copious amounts of Sam Adams / white wine.  She also wants to do something she calls “walks on the beach”, so I’ll have to let her show me how this is done.

Blogging will be sporadic, depending on where we are and whether wifi is available, but I’ll be back in the saddle next week sometime.  In the interim, content yerselves with some pieces from the archives (some old links may not work, but that’s not critical, mostly).  See y’all later.

Last night my website went dark because my hosting service (blessings be upon their name) decided that it was Server OS Update Time, and that they would require the server’s uninterrupted attention for several hours.  Neither I nor Tech Support 2.0 were informed of said decision ahead of time, which meant that today’s serving of anger and invective could not be loaded — indeed, I will have to reformat all of the pieces before posting them.

It’s 4.00am local time as I write this, I have to go and Uber in a few, so everyone will just have to be content with a “filler” post in which I merely offer up various pics that have caught my eye recently. 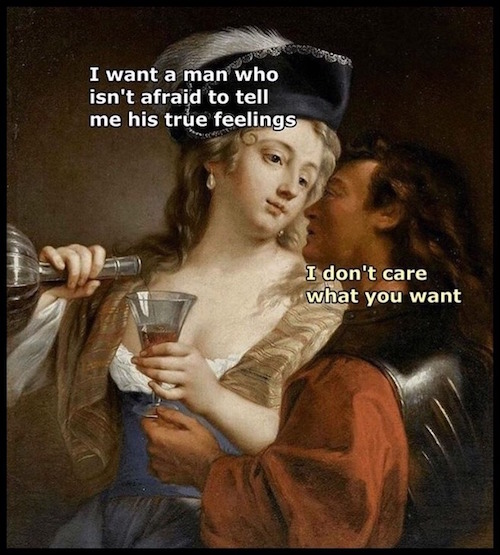 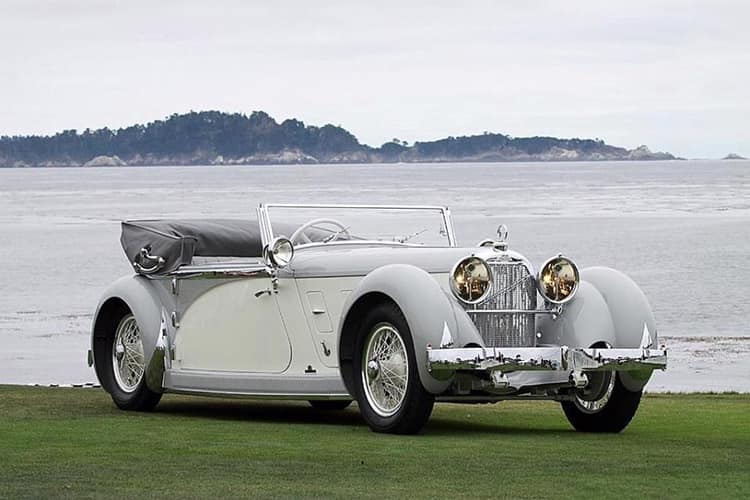 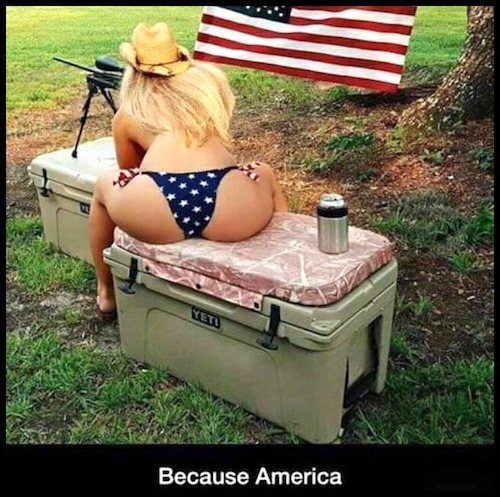 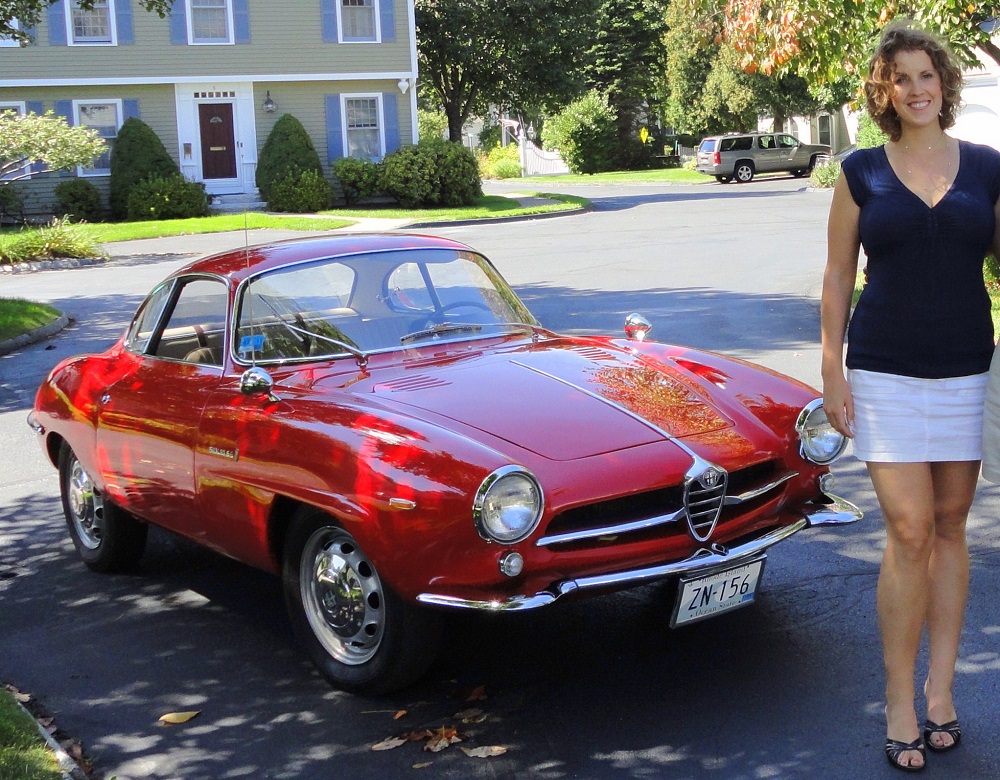 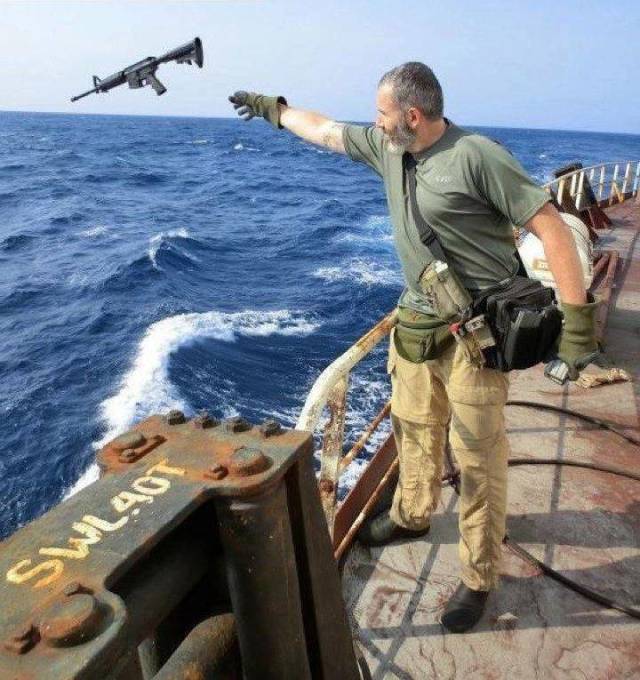 New Wife asked me to point her towards blogs written by women that are not all political, not about guns, and which chat about everyday life (but not mommyblogs, because she’s not interested in hearing about kiddies and/or recipes).  She already goes to ol’ C.W.’s place (which she loves) and Knuckledragger (because he makes her giggle), and also visits Brigid (for the recipes) and Sarah (because Sarah).

Anyone have any ideas?

As y’all may have gathered from my earlier post about needing a vacuum cleaner, I’ll be moving into my own place soon, leaving Doc Russia to get his house back at last.

A couple of thoughts:  Doc had originally offered to put me up for a year, and subtracting the time I spent over in Britishland, France and South Africa on my sabbatical last year, that year is up (plus a month or so because it took me longer than I expected to find a suitable place to live).  Needless to say, my gratitude for his generosity is beyond words — as I’ve said several times before, that generosity (coupled with the same from Mr. Free Market and The Englishman in Britishland) quite literally saved me, giving me time to relax, recover and rebuild my life after becoming a widower.  No more need be said on that topic, because I’ve said it all before and anyway it just embarrasses them.

Fortunately, I’d done a lot of earlier research after I sold the old house last year, and I’d at least eliminated the places that were totally unacceptable.

The biggest decision, about location, was the hardest.  Of course, I’d want to stay in Plano (because I love the place, and it’s close to 2/3 of my kids);  but where in Plano?  The options:

When I started looking at places, though, the situation became much clearer.  Frankly, the urban apartments, while all attractive from a location perspective, were either too small (500 sq.ft), too expensive, or a little run-down (Old Town especially).  I liked the convenience, didn’t mind the noise, but ultimately I realized that I would need more space — and most importantly, none of them offered an attached garage:  parking garage or street parking only.  What I learned about that type of apartment served to crystallize my thinking on what I really needed, as opposed to what I thought I wanted.

My criteria for a Plano apartment, then, became quite simple:

I narrowed the choices to half a dozen “suburban” complexes, but three of them were really suburban, being miles away from any kind of shop, supermarket, drugstore, restaurants, whatever — and they were all expensive, too.

In the end, I found what I was looking for, and it satisfied every single one of the criteria listed above.  In fact, the place is perfect save for two ugh!  features:  it has an electric stove top, not gas;  and the cable/Internet provider is… AT&T*.  [pause to allow the moaning and groaning to subside]

But those two problems aside, the apartment has mostly wood floors with carpet only in the bedroom, a separate dining room, a small study and a massive garage — almost one-and-a-half-car size — with lots of storage inside the apartment itself.

And cheap (for Plano).

I’ll be moving in around the middle of July.  In the meantime, I have to earn Uber-$$ [sic]  so I can afford to get the necessaries, e.g. some furniture, a washer and dryer (no laundromats for Kim oh no) and so on.  Also, as The Spoiled & Ungrateful Children made off with all the kitchen goods, I’ll be needing to build that particular workshop from the ground up.  Fortunately, I know quite a bit about the latter, having worked in the Housewares department in a large retail chain, so that won’t be as difficult as some of the other areas.  (By the way:  since when did halfway-decent kitchen cutlery become so damn expensive?  Granted, it’s been about thirty years since I last bought the damn things, but still.)

So, if you’ll excuse me, I’m off to pick up some passengers…

*I’ve had dealings with AT&T before, and they are the most dishonest bastards I’ve ever come across.  Even their connection speed leaves room for dishonesty:  “up to 50Mbps” — so they could deliver as little as 5Mbps and still be “technically” within their promise.