I was having a long email exchange with Reader Chaz from Britishland, and we were talking about Ferraris and guns and what have you, and on the subject of cars, I actually surprised myself by saying this:

For a toy car, I would certainly choose a Caterham over any Ferrari made today, and not just because of the price, either.

Here’s the subject car under discussion: 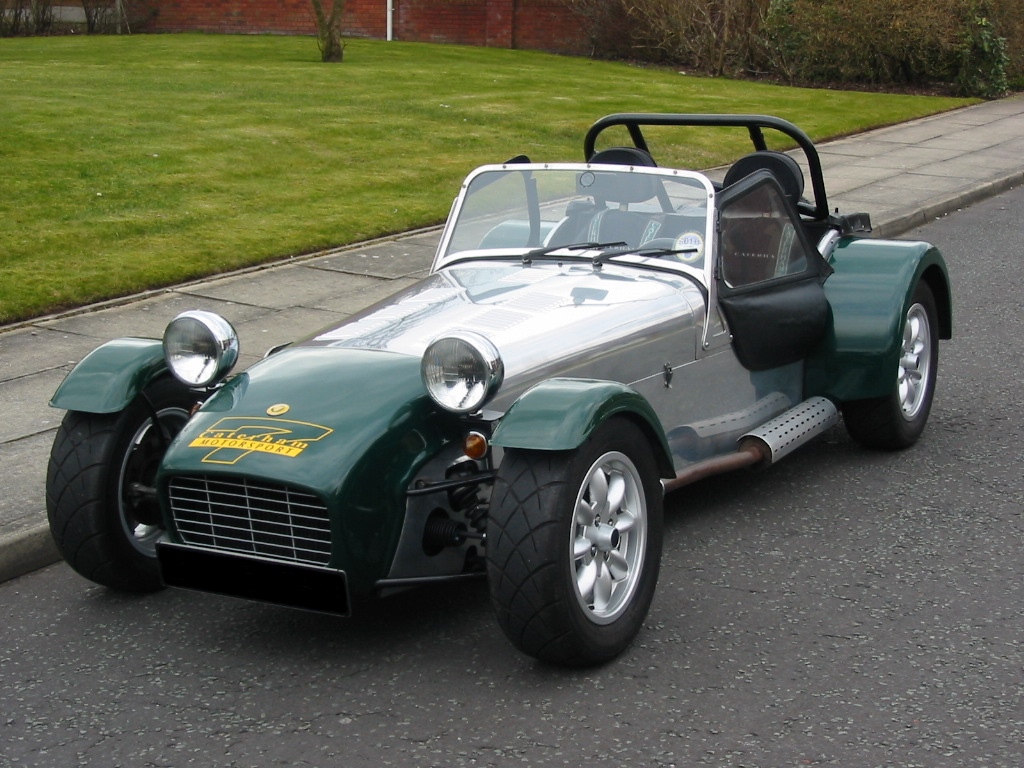 …and I have to confess I was very influenced by this episode of Harry’s Garage, where at about the 13-minute mark Harry Metcalfe talks about how the increasing performance and sophistication of modern cars is making them heavier and less fun to drive — “too much power” (harking back to something I’ve said often with regard to Dodge Whatevers with 500hp engines), complexity following from stupid shit like emission controls and electrification, too many driver options (such as “sport mode”, “memory seats”) and so on.

Increasingly, in my sunset years, I want simplicity in a car:  get in, turn the thing on, and drive off.  (It’s one reason why I love driving New Wife’s Fiat 500 Sputum:  stick shift, nothing to touch in the car — yes, it has a Sport mode button, but on a non-turbo 1400cc engine, it is to laugh and I’ve never used it — and driving it is an absolute pleasure.  Forty-odd miles to the gallon doesn’t hurt, either.)

Or a Caterham with a 2-liter Ford Duratec engine, if the insurance gods were feeling really generous.