…ehhh, they all look the same anyway.

…yet another benefit of all that asylum-granting to Third World refugees.

…even among animals, there’s Black-on-White violence?

…did AOC just get a quid pro quo from that BJ she gave the old Commie?  I think we should be told.  And on that topic, sorta:

…Ol’ Snoop was probably referring to rum ‘n Coke, but whatever.

…the funeral for Irony will be held tomorrow.

…errr I’m a little confused.  Is that him or her being quoted?

…which will no doubt be added to the “you’re more likely to be shot by someone you know” trope.

…and in other news, the Japs bombed Pearl Harbor yesterday morning.

Biden Just Said He Wants to Ban Handguns
…file under “Stuff we’ve known about for decades”. 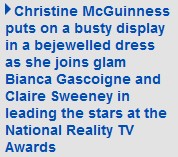 Well, I know who the first two are.  But Claire Sweeney?  Who she? 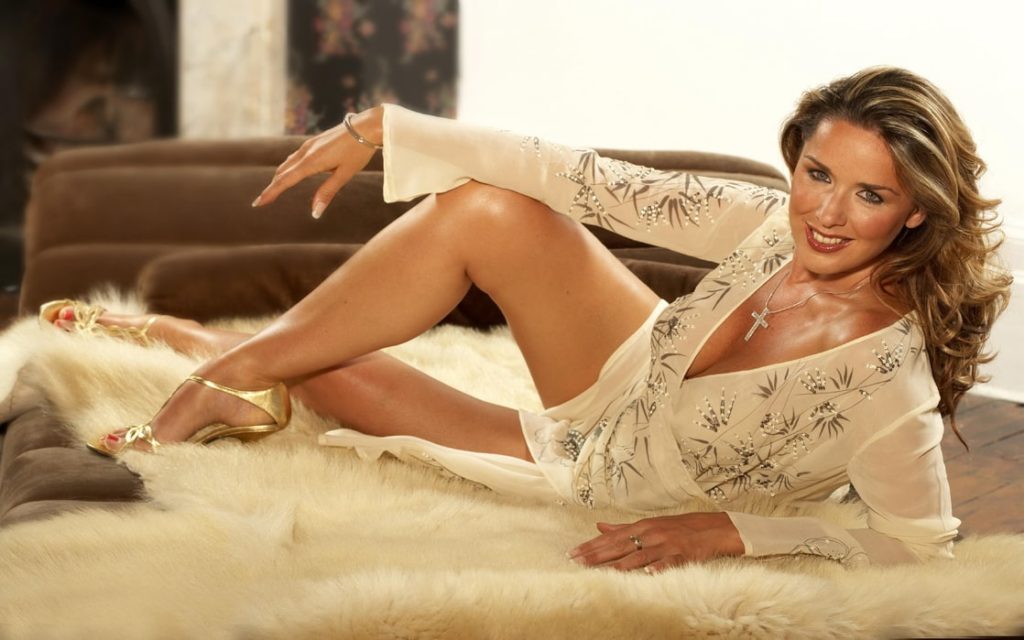 Oh yeah, now I remember.  But those were taken when she was a youngin.  She’s fifty now, so… 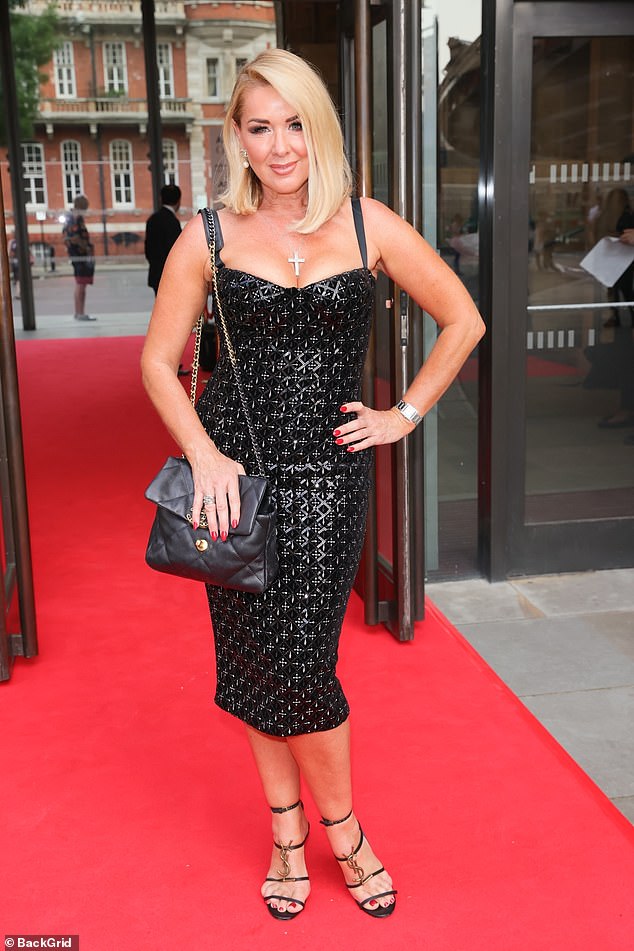 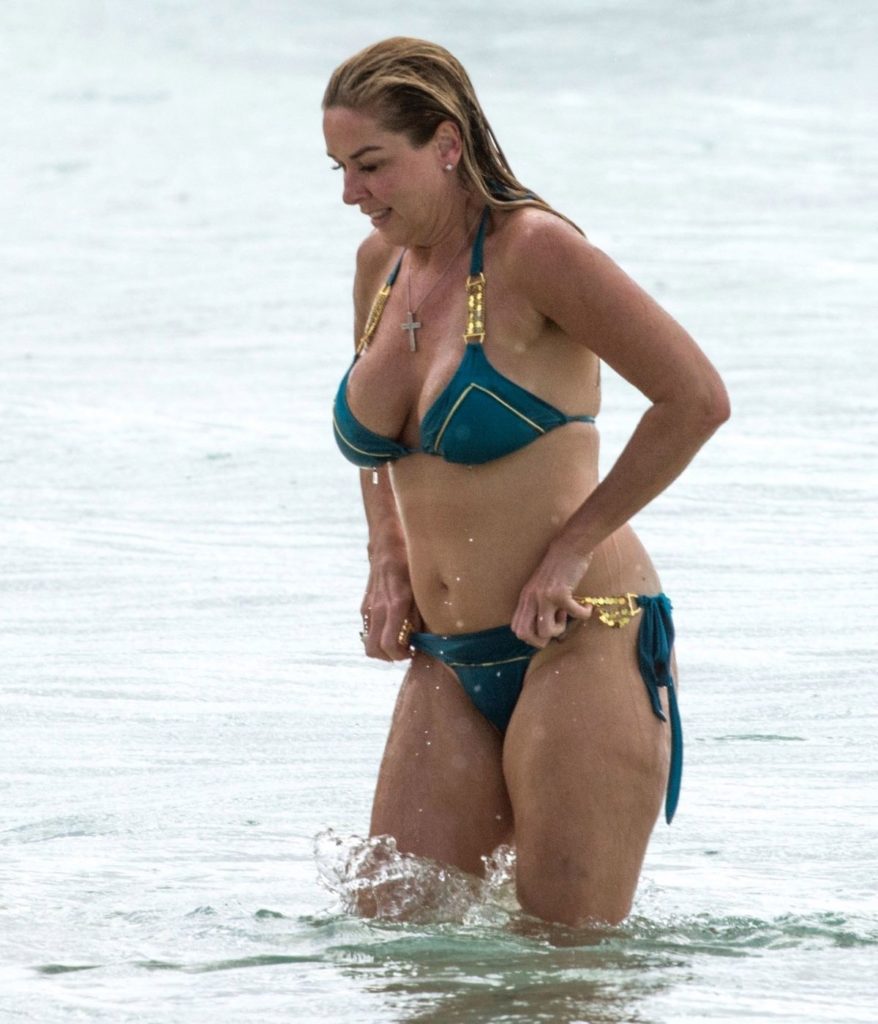 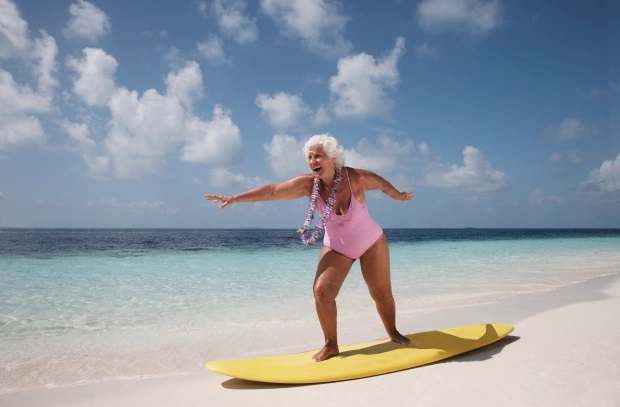 Great Cicero’s bleeding adenoids, have we come to this?

Damaging to whom, exactly?

While my native accent is pure Johannesburg WASP (often mistaken for British in America, but never in Britishland), I love doing accents.  While some are not so good (my Texas twang fools absolutely nobody), my Indian-, French- and even German-accented English are all pretty good.  (Afrikaans-flavored English, of course, is second nature.)  My Scottish accent is passable outside the U.K., but nothing beats my Australian — I’ve fooled even native Aussies into thinking I was pure Ocker, and having armed myself with some Strine slang, it’s unbeatable.

And if I live somewhere for any lengthy period of time, the native accent is easy — when I lived in north Jersey, even some of my NJ buddies could be fooled when I called them up and asked in my best Hoboken Nasal, “Yo, howya dooin’?”

So now I can’t do accents anymore, in case someone is “damaged”?

It all started, as so many of these things do, with a letter from Mr. Free Market which contained this pic: 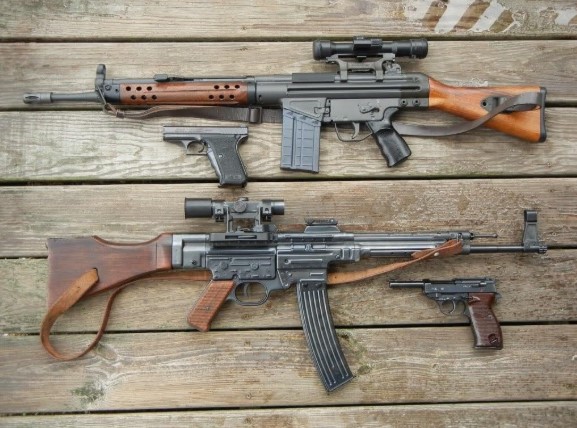 Now I’ve owned the top two (CETME 7.62x51mm NATO and H&K P7 9mmP).  I didn’t like the P7 at all — that squeeze grip chamber loading thingie made my hand shake from the effort of actuating it — and as Dean Wormer famously said: 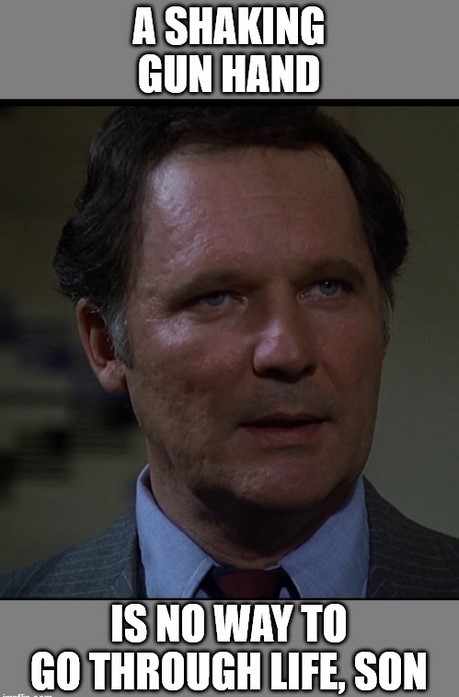 So I sold it after only a couple of months.

The CETME was a different story altogether.  I loved shooting it — preferred it to the G36 and FN-FAL, for that matter — but it was the lightweight C model which, although it could handle the 7.62mm NATO cartridge, really preferred the  .308 Win with lighter bullets.  (From memory, I only ever used the 120gr.)  So it was spendy to shoot, and in any event I’d just picked up my first AK, so I sold the CETME too a short while afterwards.

As for the bottom two guns… well, that’s a different story.  Amazingly, considering my handgun preferences, I’ve never owned a Walther P-38 (although I’ve owned a couple of Luger P-08s), but as it shoots the 9mm Europellet anyway, it’s not a serious object of desire other than as a WWII-era gun.  (That’s not to say I’d turn one down as a gift, of course;  but I’m pretty much out of collecting WWI and WWII-era guns nowadays.)

What about the rifle?

And for that matter, that scoped CETME also makes parts of my body tingle.

Which got me to thinking (always a dangerous thing when it comes to guns), and I came up with this question:

If money were no object, the gun was available, and ammo was both cheap and plentiful, O My Readers:  what rifle would you choose to get?

I asked the question of both Doc Russia and Combat Controller, and I’ll tell you their (and my) choices tomorrow.

Here are the rules:  you get to pick one gun, and one gun only;  no “top 3” or “1a” or any of that jive, and no crew-served weapons like the Browning Quad 4.  One rifle, of any era, and yes, full-auto is permitted.

Whenever people tell me that Bowie’s music sucks, my response is always the same:  “He changed music;  [your favorite band] just played it.”

Seems like even the lawyers are getting sick of it:

Even though he’s a lawyer, I’m on his side.

In my own case, when once threatened with punishment for contempt of court back in Seffrica, I snarled: “Contempt doesn’t even begin to cover what I feel for this court.”  The judge looked somewhat startled and my lawyer put his head in his hands;  whereupon the judge started laughing and let me off with a R50* fine — which my lawyer paid because I refused to.

Fuck all of them, black-robed assholes.

*Back then, fifty rands was almost half a month’s rent for my downtown apartment.