The best-selling author Alistair MacLean was once asked why none of his novels contained any sex scenes, and I remember his answer as though I read it yesterday:

“It slows down the story.”

He added:  “”I like girls, I just don’t write them well. Everyone knows that men and women make love, laddie – there is no need to show it.”

I’ve never forgotten that maxim, although I haven’t always followed it in my own writing.  Basically, I believe that reading a book can  allow for a little slowdown in the story — unless it’s a breakneck-paced thriller (like those of MacLean).

Movies, however, are a different matter altogether.  Even in love stories, I’ve found the sex scenes to be a pace-killer, and unlike books, where you can take as long as you like to get through them, a movie has to be consumed pretty much in one go.  And unless the movie is all about sex (straight porn or an art movie like Gaspar Noé’s Love  or the depressing 9 Songs ), sex scenes are pretty much unnecessary.  You want the actors to have sex?  Show them together in a bedroom, or near one, have one start to undress the other, and then cut to the morning, showing them still together.  They had sex, we get the point, thirty seconds, tops (Cary Grant and Eve-Marie Saint on the train, in Hitchcock’s North By Northwest ).  Now get on with the story.  Others, of course, may disagree with me — like SFGate.

I know it’s a San Francisco media outlet, but really?

Sex is disappearing from the big screen, and it’s making movies less pleasurable

Ummmm… no.  Oh sure, when you’ve been watching some tired plot rerun from every movie made since 1920, why not have (say) Katherine Heigl bonk Keanu Reeves for five minutes or so?  (Because a. they all use body doubles for the close-ups and b. see above for why a movie shouldn’t need a brake pedal.)  SFGate continues:

Today, whether it’s in “Long Shot” or “Rocketman,” the sex scene has been reduced to a shorthand, an instantly recognizable grammar that begins with some jokey or flirtatious foreplay, cuts to some flesh (tasteful enough to honor the actors’ no-nudity clauses), then discreetly cuts away when things get real. You know what happens next, the camera seems to tell us. Do you really want me to spell it out for you?

Well, no. But let them continue:

When you deprive audiences of a really good sex scene, you’re depriving us of what was once one of the greatest enjoyments of going to the movies, a part of classic cinematic grammar that, when choreographed with sensuality and sensitivity, can be memorable as genuine entertainment – maybe even great art – and not just a lascivious clip on Pornhub.
What’s more, you’re pretending to build a world grounded in realism that is completely devoid of one of the core elements – and joys – of the human experience. It’s as if Hollywood – fixated on families, teenagers and global markets – has given up on American adults as anything more than arrested adolescents interested only in revisiting the distractions of their youth.

Frankly, I can count maybe a dozen really fine sex scenes I’ve seen in movies, but scores more that have actually made me laugh out loud or exclaim in disgust.  Those  scenes — and let me be very clear about this — have occurred in movies that are aimed at “families, teenagers and global markets” —  in other words, where sex scenes are not part of the plot, and therefore completely gratuitous.

And here’s the basic problem.  When the word “adult” became a synonym for “pornographic”, we lost a perfect description for a movie type, aimed at adults per se, that could  contain a decent sex scene — e.g. The English Patient  or A Good Year — and said movies have, over the years, almost disappeared from the studios’ offerings.

What’s also disappeared is the directors and writers who could create a decent sex scene.  Instead, we’ve ended up with cretins like Michael Bay and Jud Apatow, who taken together couldn’t do something that could coax a semi(-woody) from a randy twenty-year-old, let alone from an actual adult viewer (like, say, me).  Considering that I have only watched one Marvel movie (the first Iron Man, and that only because of Robert Downey Jr.), none of the Transformers and ditto the Guardians of the Galaxy, you may consider me well outside the mainstream — and not for the first time, either.

What I want is to watch true  adult movies — as I said, aimed at adults, not porn — with grownup stories, mature actors, (not necessarily “old” — another piece of modern terminology which gets up my nose) and realistic conclusions.  And if a sex scene is an integral part of the story, fine — but it doesn’t have to be graphic.  A good example is the sex- and nude scenes between Alex Baldwin and Meryl Streep in It’s Complicated — a howlingly funny and accurate depiction of sexuality in an otherwise silly movie which was integral to the plot but which, thank goodness, involved grownups and took less than a minute of film time.  (And thankfully, you don’t get to see Meryl’s nude body, but — and this cannot be left unsaid — you do  get to see Baldwin’s horrible hairy ass.  It is very definitely part of the plot, however, and it’s hysterical.)

As with so many things, they used to do it better in the old days — think of any sex scenes in the black-and-white era involving, say, Gary Cooper or Robert Mitchum and their various female co-stars, and you’ll see what I mean.

What we did not need to see was a scene of thrusting buttocks involving James Stewart and Donna Reed in It’s A Wonderful Life  — and thankfully, we never did.  It was all left to our imaginations… even though the two above were, in the terms of today, totally hot. 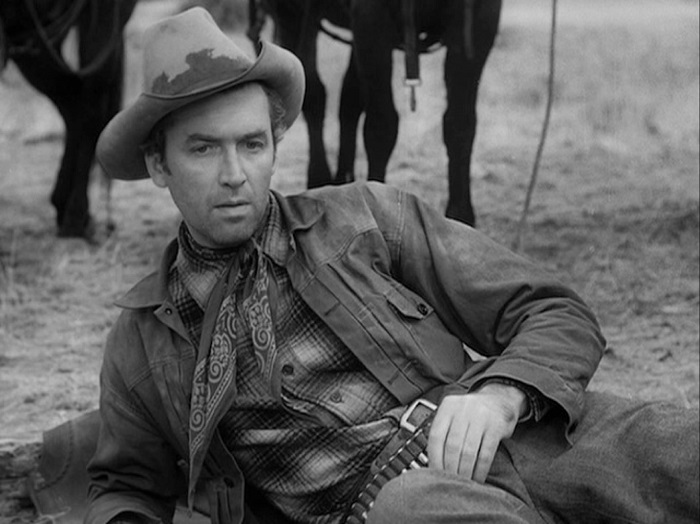 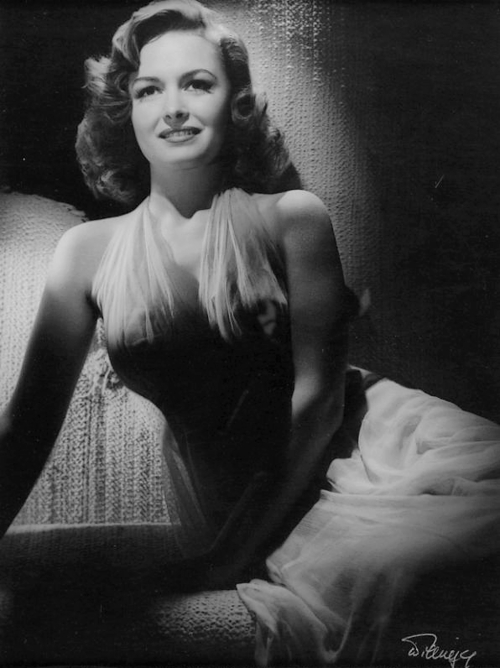 Much better in our imaginations, I think.