One photograph from last week’s event at Cheltenham stood out for me: 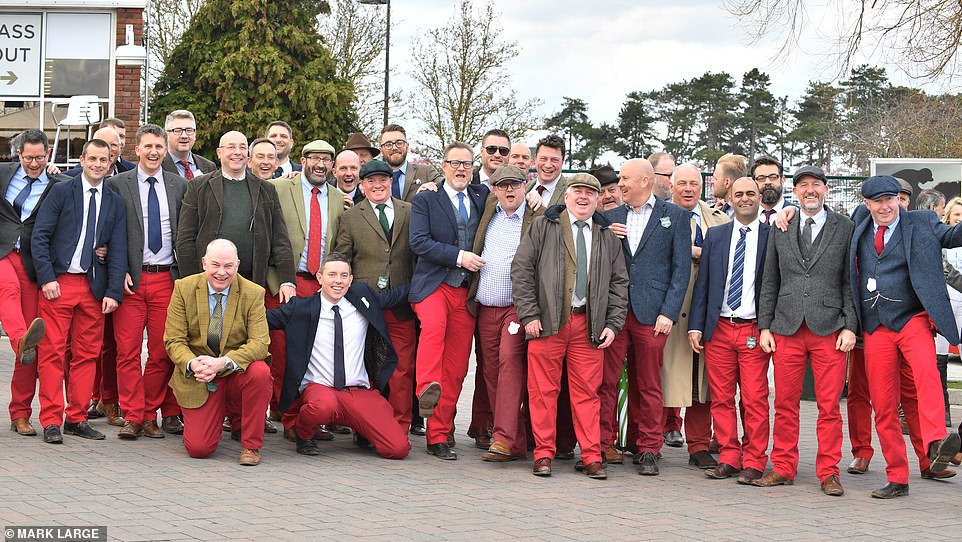 Now at first, my Murkin Readers could be forgiven in thinking that this is simply an example of the weird and crazy clothing tastes that abound Over There.  However, close scrutiny of the pic will show that the group does not consist of hipsters, actors, yobs and chavs [some overlap].  In fact, they seem to be rather a normal-looking bunch, other than in their choice of trousers.

And so they are.

You see, men who wear red trousers are generally of what I like to call The Polite Class:  men of substance, men of taste, men of class, and men who, secure in their position in society, do not care a fig for what other people may think of their color choices.  Here’s an article which explains the thing, in rising to the defense (defence) of red trousers and the men who wear them.  To whit:

Red trousers have become standard wear for the country gentleman—the type who drives up in a superannuated Land Rover Defender, two flatulent labradors fogging up the windows— both at home and in town. They are seen in the London SW postcodes along the District Line, on dear old things at Lord’s and at Cheltenham, in Stewards’ at Henley, at High Mass in Brompton Oratory and the debentures’ seating at Twickenham (although it’s always ‘Twickers’).
…
They’re worn by decent, upstanding chaps with names such as Giles or Henry, the sort whose heads are hard-wired to leap to their feet when a lady enters the room.
…
‘A naturalborn sporter of le pantalon rouge wears them as he does his deeply ingrained good manners—lightly.’

It is with shame that I have to report that Mr. Free Market — who fits into the above as though the category were designed for him — does not own a pair of said trousers.  Why not?  Well, there’s this, for starters: 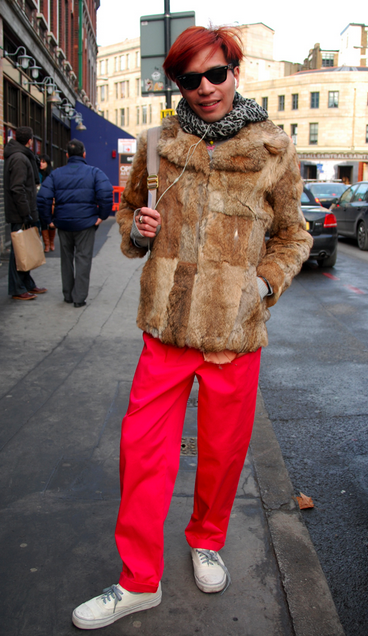 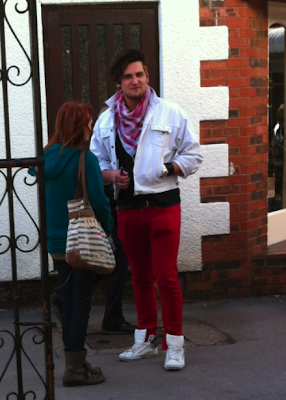 …which has led to a backlash:

Overexposure has done for the red trouser, harrumphs the royal historian and commentator Rafe Heydel-Mankoo (six pairs), over drinks at the Carlton Club. Since both hipsters and social climbers— ‘akin to the Sebastian Flyte wannabes of the 1980s, carrying teddy bears around Oxford’—have appropriated them, he’s put his red trousers at the back of the wardrobe ‘until they become unfashionable again’.

…and the last sentence encapsulates the whole thing quite succinctly.

I can’t wear red trousers, of course — as much as I yearn to — because I am, in Mr. FM’s words, “One of those colonial chappies from America.”  Not even the Old School Tie can overcome this appalling nativism.

And I’m okay with that.  One does not go where one isn’t welcome, after all.

The website coyly referred to (and not linked) in the Country Life article is this one — whose name says it all — where I got the other two pics.