Watching Starbucks digging itself ever deeper into the Pit Of Social Justice, I can’t help thinking that there’s an answer to all of this idiocy: 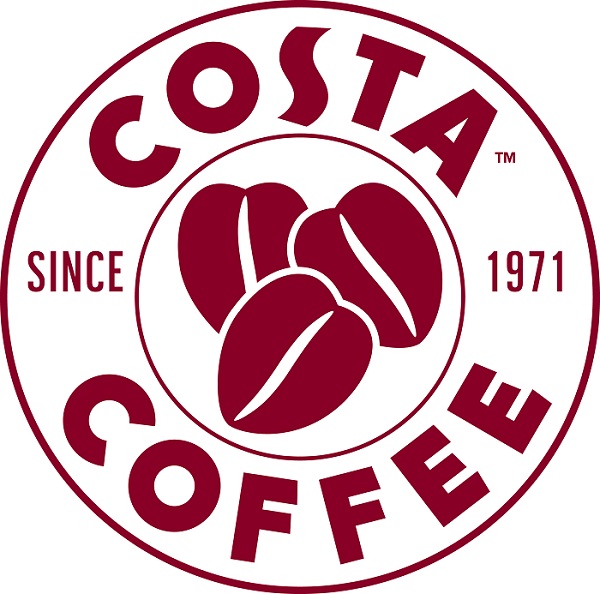 Yup, these guys are all over Europe and Britain, and are expanding into the Far East. Here’s one outlet in the Philippines (despite the red phone booth): 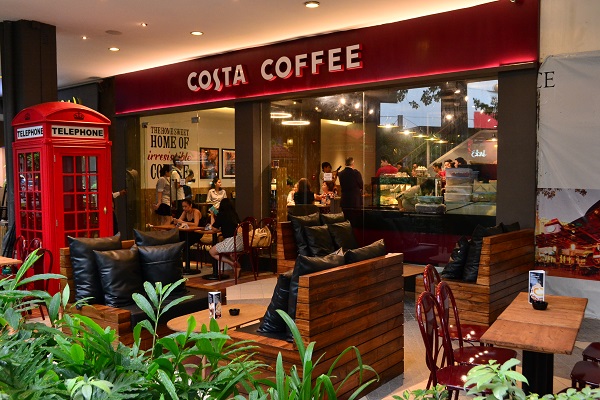 …but they’re all over the place: 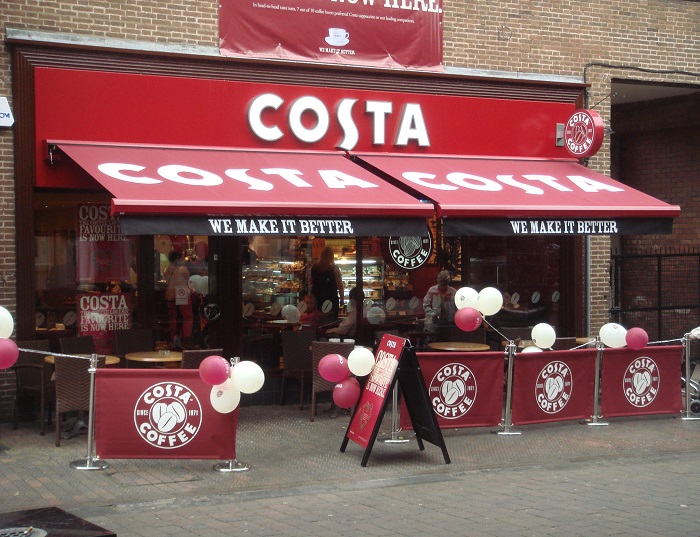 That one’s in Prague, despite the English signage. 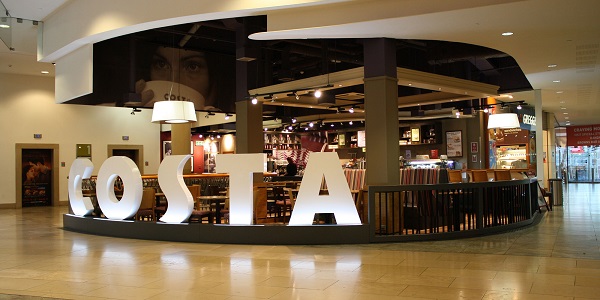 I encountered them last year in Britishland — remember, it had been nigh on fifteen years since I’d been Over There before, and as I recall, Costa was still a small presence back then. Now, of course, they’re pretty much ubiquitous, whether in malls, stations, on High Street and in service stations (thanks to a pretty nifty dispenser which gives you almost a dozen options).

Best of all, Costa’s offering isn’t at all like the hyper-pretentious nonsense from Starbucks — their sizes are Small, Medium and Large, for one thing — and best of all, their coffee is damn good (also unlike that of Starbucks). Because I’m a wussy, I drink their “Americano” (diluted espresso) whereas Mr. Free Market gets the super-strong unsweetened because he’s a manly man (and no sarcasm intended, either; I tried drinking his choice once, and had to quit after half a cup because hallucinations).

People think that Costa isn’t Over Here because of the strength of the competition (Starbucks, Dunkin’ Donuts, Caribou and what have you), and that’s a fair point: Costa came into the U.K., for example, when there were relatively few Starbucks outlets around and most Brits were still drinking instant coffee [pause to be sick], so their entry into the market wasn’t too difficult. In fact, I think they succeeded where Starbucks failed: to turn Britain from a tea culture into a coffee culture.

However, I still think Costa could make it here. Their menu is more Starbucks than Dunkin’ Donuts, but cheaper and (of course) less pretentious and self-conscious. Ordinary people like you and me go to Costa and drink coffee, as opposed to the hipster-yuppie-soccermom filth who prefer to pay too much for their triple-chocolate-low-fat-soymilk-double-decaf lattes. (I’m not making that last one up, either. I think the cost was $7.50 for a “small”, probably because of the labor cost involved in just making the stupid thing.)

It’s time there was a decent alternative to the Scum From Seattle anyway, and seeing as it’s not going to come from Greggs (more’s the pity), it should be Costa. As long as they don’t turn their outlets into shelters for the homeless.