Found this interesting pic somewhere on Teh Intarwebz: 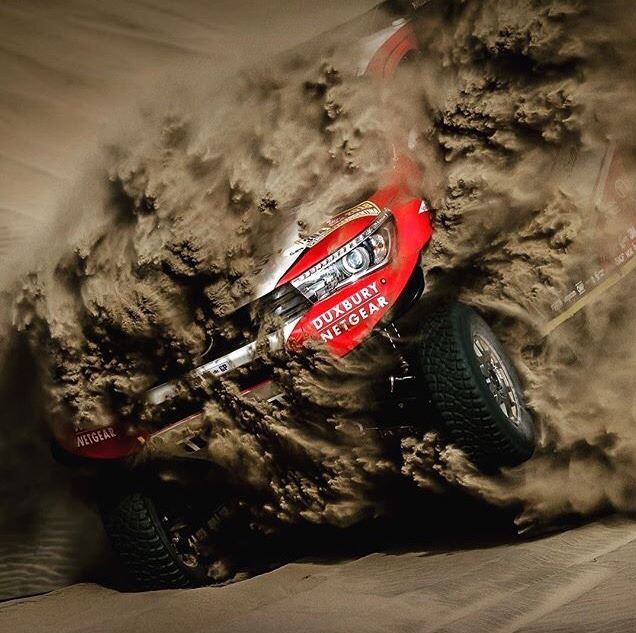 What made it interesting to me (I don’t care about the Dakar Rally) is that Graham Duxbury and I are old friends from back in our schooldays at St. John’s College.

One day in (I think) “Potty” Chamberlain’s Maths class, he went round the classroom and asked each of us what we wanted to be when we left school. (We were, if memory serves correctly, aged about 14 or 15.) Most of the boys said the usual middle-class crap: engineers, doctors, lawyers, whatever*… except me (professional singer) and Dux (racing car driver).

Well, I sort of followed through (not as a classical singer, but rock musician — it was the Seventies, shuddup), but Graham did indeed become a racing car driver, mostly in sports cars (in what’s now the Word Endurance Championship — WEC —  but was called something else back then). In fact, unlike me, he was actually very successful in his chosen career; he won the Daytona 24 Hour Race, amongst others. Here’s his car at Le Mans, and here he is (left) during his brief stint in Formula 2: 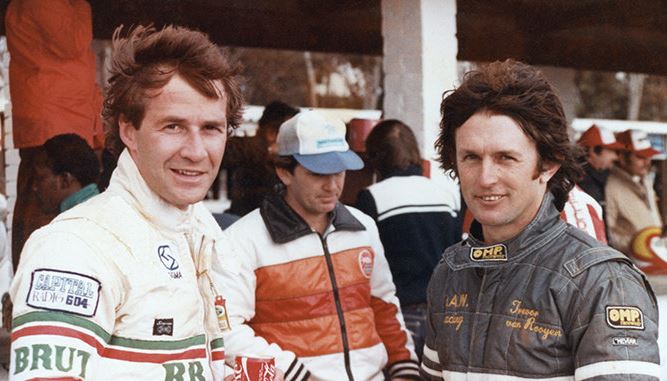 He was also a celebrity spokesman for Brut, and there’s a great story to be told about that, but it can wait for another time.

A while back, I invited Graham to join me at the U.S. Grand Prix in Austin but he couldn’t make it because of some nonsense about getting involved in rallying. Because he’s always been into stuff that involved driving fast, I didn’t ask for details.

And Dux, if you ever read this: the offer’s still open. Always will be.

*One guy said he was going to be a test pilot, but he ended up becoming a priest. I know, I know…