One year ago last night, my wife Connie died of ovarian cancer.

In many cultures, there’s almost a mandatory mourning period of a full year after the death of a loved one, and I now know why. It has to do with anniversaries: “Oh, last year this time we were celebrating something together. This year… I’m doing it alone.” Those add up, and they take a toll on you as that horrible year drags on. But with the merciful passage of time — and it’s true: time does heal the worst of wounds — those little aches, those pangs of shared memories, fade and lose their sting. This year, I’ll remember an occasion from last year and this time, it will involve just me. Not as painful.

I have spoken many times about how my friends all over the world rallied around me and helped me get away from this most personal tragedy, so I’m not going to repeat any of it other than to say that they collectively gave me a reason to carry on living: not that I was going to do something foolish like cap myself, of course, but they got me to do things that helped dull the pain of memory, kept me busy, and above all made me realize that I still have so many things to live for. The alternative was for me to sit in a one-room garret and stare at the walls — which my friends, as they told me in no uncertain terms, were not going to allow me to do. Instead, once I’d taken care of the soul-destroying minutiae of death, I sold the house, traveled, and did the sorts of things which reminded me of the things I hadn’t been able to do before, but could now do. I did those things, and I will do again.

It’s called living. Life goes on after death and now, one year after that most profound tragedy from which I thought I’d never recover, I’ve come out from my period of mourning with renewed purpose, renewed hope for the future, and a renewed determination to live my life to its absolute fullest. That feeling, that intention, is not something that happened suddenly, or just this morning; it’s been a gradual process which began at some point (I have no idea when) and grew stronger and stronger as the year went on.

Now it’s been three hundred and sixty-five days since Connie died, and if you’d told me then that I’d be feeling the way I do today, I’d not have believed you.

Now, at last, I think I’m healed (although of course there may well be the occasional twinge of pain — I’ve felt a few just writing this post). All I needed was to get through the horrible anniversary to put the seal on it, and thanks to the boundless support from my friends, my family and my Readers, I made it.

And if you’ll all indulge me, I’m going to continue to chronicle some of those adventures on these very pages. That is the real reason why I started blogging again — there’s no point in having an adventure when you can’t share it with anyone — and it’s only when I wrote this post that I realized it. (And by the way: a huge round of applause for Tech Support BobbyK, without whom I’d be snarled in incomprehensible Gordian techno-knot,  and you wouldn’t be reading any of this.)

So stick around: I’m going to drink deeply of Life in the years to come, and you’re going to share it with me. Enjoy the journey, because I most certainly plan to. 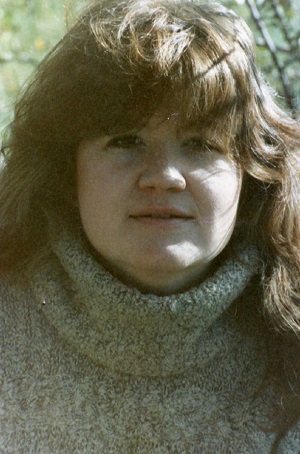