As one who succumbed to the so-called “middle-age spread” long before I actually reached middle age, one would think that I have little room [sic] to talk about bloating. But I can, because I’m not talking about people here, but cars.

Let me get this right out of the way first: I don’t like big cars. I’m not just talking about Cadillacs or SUVs here, which is a whole ‘nother rant; I’m talking about how ordinary, nay even small cars, seem to have ballooned out of all proportion — turning what was once a small car into something close to a medium-sized one. And cars were small back then; here’s a late-1950s Alfa Romeo Giulietta next to its owner (who looks like a giant, but only by comparison): 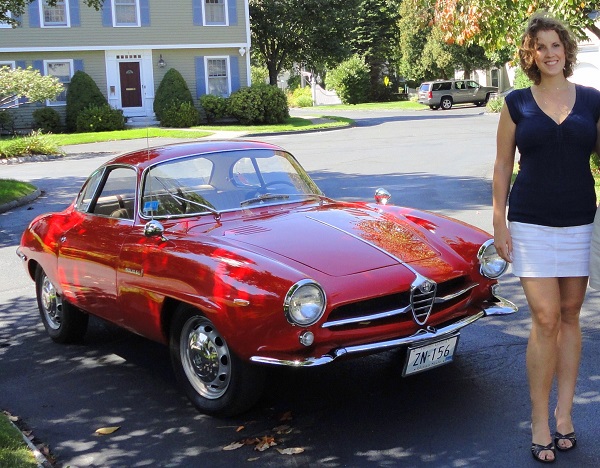 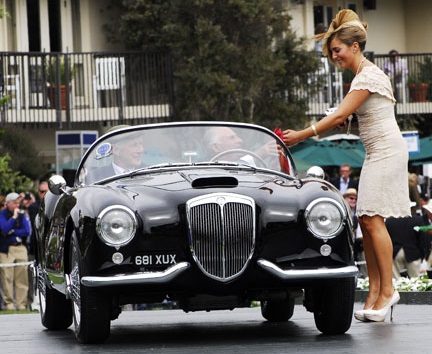 Alas, those lovely little cars are long gone and out of production; but others are still with us, albeit bloated versions of their former selves. Allow me to post a couple of pics to illustrate the point.

When Britain introduced the Mini to the world, it was a brilliant small car not only for its design but for its utility. Tiny, nimble and quick (even with its teeny 850cc engine), the Mini was the perfect city car for the time (1960s and 70s), and the ads and pics reflected the car’s ethos to a nicety. Note this one, featuring a very Swinging Sixties sex symbol, Charlotte Rampling: 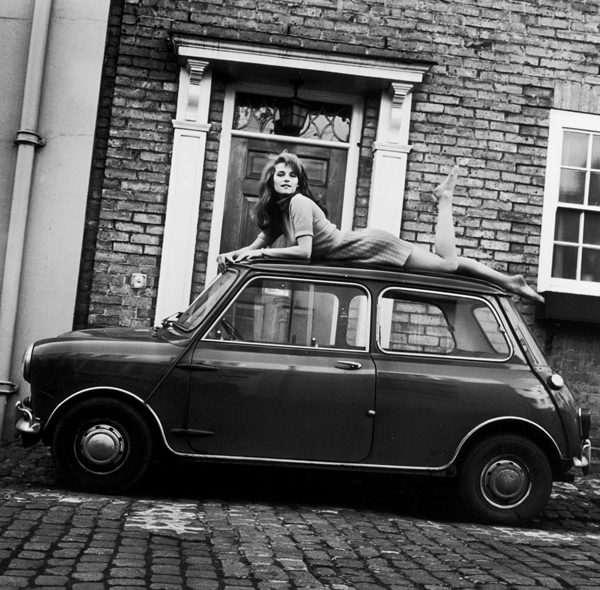 Note its setting: some backstreet mews in (I suppose) London, maybe even one near the iconic Carnaby Street.

But look at what the German BMW-spawned Mini has become, by comparison to its predecessor: 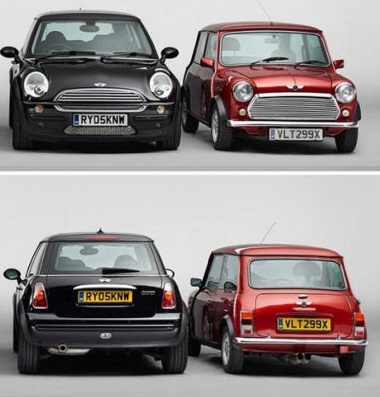 Now I know that a lot of the bloat has come about because of the Nanny State’s insistence on airbags and similar safety features [25,000-word rant deleted] and the fact that in today’s obese world of fatties and such, only anorexic supermodels could get in and out of the old Mini without needing the Jaws Of Life. I know all that, and I don’t accept the excuse, because back in the 1970s I knew a 6’11” tall man who used a Mini as his daily driver, and I , at ~230lbs, used to hell around with him when clubbing and so on. Was it a tight fit (as the actress asked the bishop)? Sure it was: but we weren’t driving thousands of miles either, so temporary discomfort was quite acceptable.

Here’s another example of bloat. After WWII, FIat came up with a cheap, tiny car with an even smaller engine (479cc, later 499cc) than the Mini’s: the fabled Quinquecento (500) — the later version of which, the 600, was actually marketed as a family car despite being if anything, slightly smaller than the Mini was. Like the Mini, however, the 500/600 was mostly marketed as a single person’s car (and especially for young women): 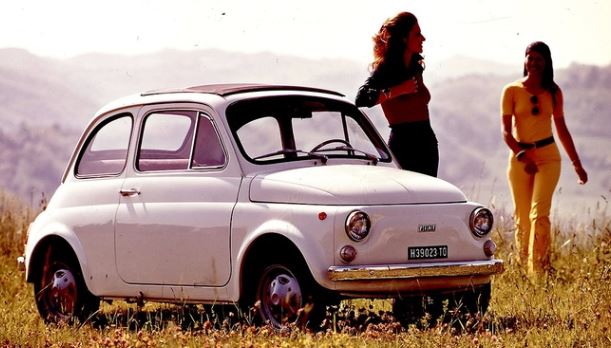 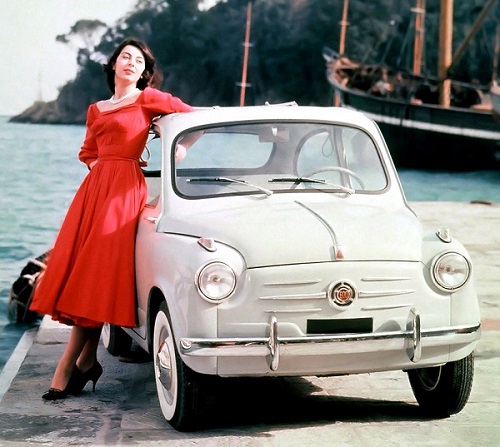 Unlike many, I have actually driven one of these pint-sized creations — no small feat in that I was a 50-gallon-sized guy, even back then — and my gripe was not about the dimensions but about the crappy little engine.

I have since driven one of the new Fiat 500s, by the way (Daughter has one) and I love it despite its crappy little engine — some things never change* — but again as with the Mini, the new one is a bloated fat cow by comparison:

And note the not-so-subtle change in Fiat’s marketing: 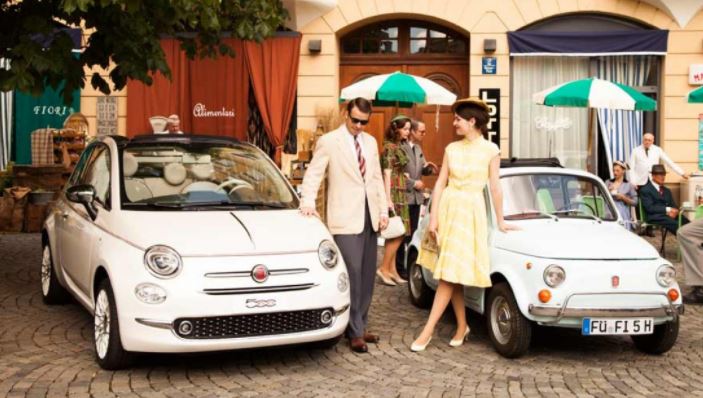 Are the New Fatties better cars than their tiny predecessors? Of course they are. Times have changed, and engineering has improved. But with all that improvement, some character — okay, a lot of character — has been lost along the way, and I, for one, lament its passing.

I seem to do that a lot these days. Gah.

*I’ve been in the Fiat 500 Abarth, by the way — Longtime Friend Knob drove me around Monaco in his a month ago — and it is a monster: it’s like a pocket-sized Ferrari. And don’t get me started on how Ferraris have got wider and fatter either, or we’ll be here for a week.