In the Comments to an earlier post, Reader JoeInPNG said: “…I’m often surprised and pleased how accurate my Colt 1903 and 1908 are.”

And I was immediately reminded of the time I got to shoot one of the aforementioned, a Colt 1903 in its native chambering of .32 ACP (7.65mm Browning). The owner had had the gun re-blued in Colt’s Royal Blue, and it was so beautiful a gun that I swear I had larcenous / covetous thoughts about a gun for the first time since the Colt Python Episode of 2003. Here’s an un-refinished example, courtesy of Collector’s Firearms in Houston: 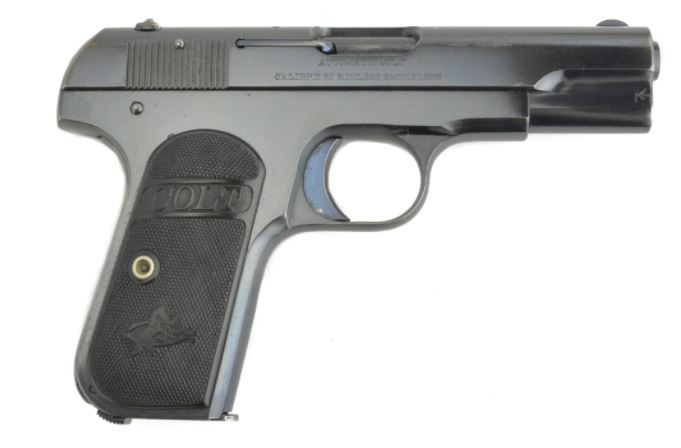 …and let me tell you right now, were it not sinfully expensive (well over $1,500), I’d be reporting it as mine.

A parallel thought occurs to me about the .32 ACP –and let me remind everyone, “ACP” stands for “Automatic Colt Pistol” — which by today’s standards is woefully underpowered as a self-defense cartridge.

I don’t care. If I had a 1903, I’d buy as much .32 ACP as I could afford — Visa and Mastercard executives would be booking their Bermuda vacations by now — and I would probably shoot out the 1903’s barrel in about six months. Yes, it’s that much fun to shoot. 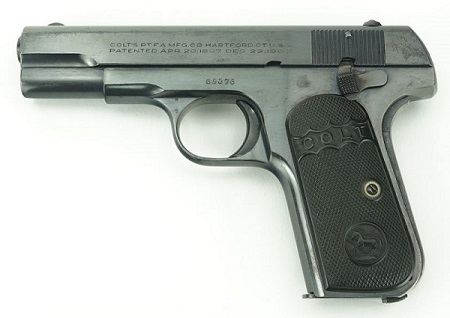 In its label description the 1903 is called the “Pocket” model, while the 1908 is called the “Vest Pocket” model. Both guns are lovely — can a John Moses Browning design ever be called ugly? — and they would make a fine addition to the collection of anyone who loves craftsmanship and beauty.

The shooting fun, of course, is the joyful bonus.