This wonderful picture is called “The Swing” by Jean-Honoré Fragonard, was painted in 1767, and it’s the Home picture on my cell phone (yeah, I finally got a Smartphone after only ten years with a flip phone… shuddup your laughing already). 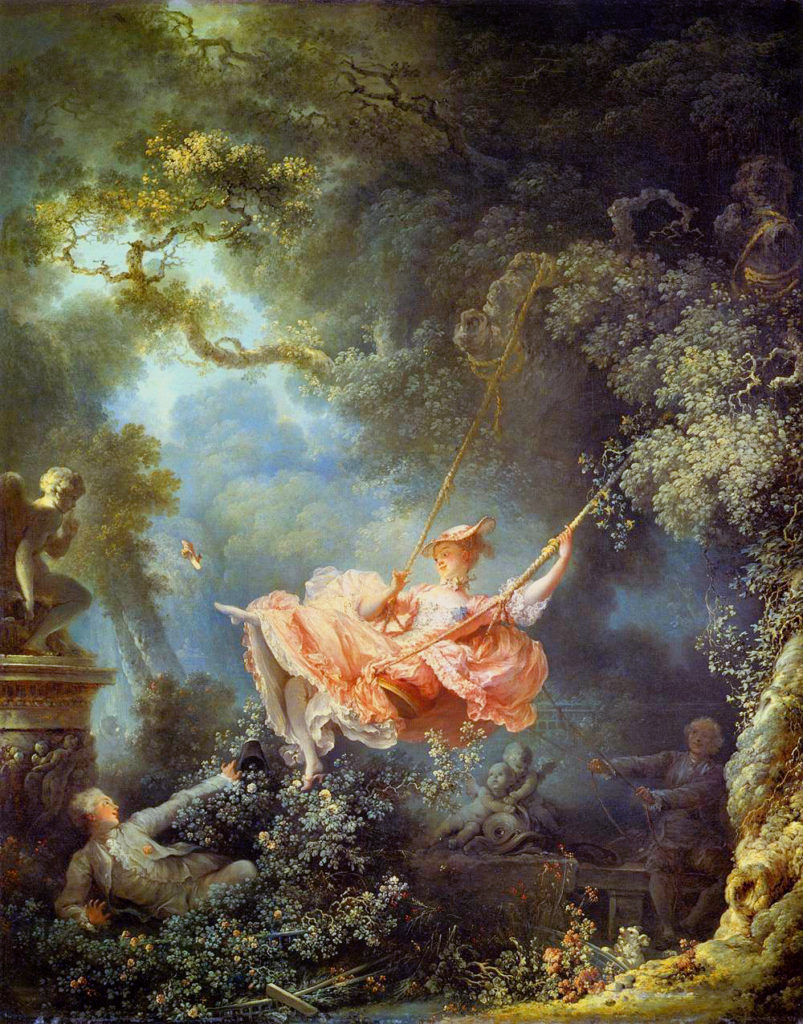 It’s painted in one of my favorite styles, Rococo, and to my mind it is one of those little gems — yet another print I’d like to see on my wall. Here’s why I love it.

Basically, the story is simple: a young girl asks an older man (husband?) to push her on a garden swing. Unbeknown to the old guy, she has a young man (lover?) who’s lying hidden behind a flower bush, and who gets to watch her at play. Obviously she knows he’s there, because she tosses her shoe into the air towards him.

Here’s the fun part: remember that in those days, women wore long dresses and full petticoats — but no underwear. So the motion of the swing is causing the girl’s dress to fly up in the air, giving our young voyeur a straight look up into Madame’s Garden of Delight — and the little minx knows it. In its day, this would have been quite a scandalous piece of art.

It’s one of those playful yet sly little works which make Rococo art so enjoyable.

Of course, such “frivolous” art disappeared under the stern gaze of the Enlightenment establishment, who wanted art to “send a message” about the “nobility of man” and suchlike nonsense. Ugh. From that came the Academy (a.k.a. Academic art), which produced easily the most boring art ever created by man. I refuse to put up a typical painting of the genre, because it would quite spoil the mood created by Fragonard.