Daughter has a friend whom I’ll call Emma, whose life is one of tragedy. She was abused as a child, estranged from parents, talks the most brainless shit nonstop, is almost always drunk when not working, only dates large Black men who (inevitably) abuse her… well, you get the picture: her life is just one long train smash. Emma is 21 years old, and I love her dearly, for reasons I just cannot explain.

Let me get one thing perfectly clear before I go any further: when I come across a Train Smash Woman in person, I run a mile in the opposite direction because their very presence in your life is toxic. (Back in my misspent youth, I once had to rescue a teenage Train Smash Woman from her drug dealer by sticking a gun up his nose, but that’s a story for another time. What that taught me, however, was to stay away from her and her ilk, and I’ve managed to do so ever since.)

I’m still fascinated by them, though, in some twisted anthropological sense even though they absolutely exude tragedy — maybe for the same morbid reasons why people slow down to look at a car crash on the freeway. My problem is that I find them funny, and view their exploits with open-mouthed horror combined with helpless laughter.

We probably all know one or two of these unfortunate souls, but let’s look at a couple of the more famous ones.

Example #1: Lindsay Lohan. This woman started off her life as an unbearably cute child actress, became a beautiful young woman, then went off the rails completely in her late teens and twenties and now looks like some medieval gargoyle: 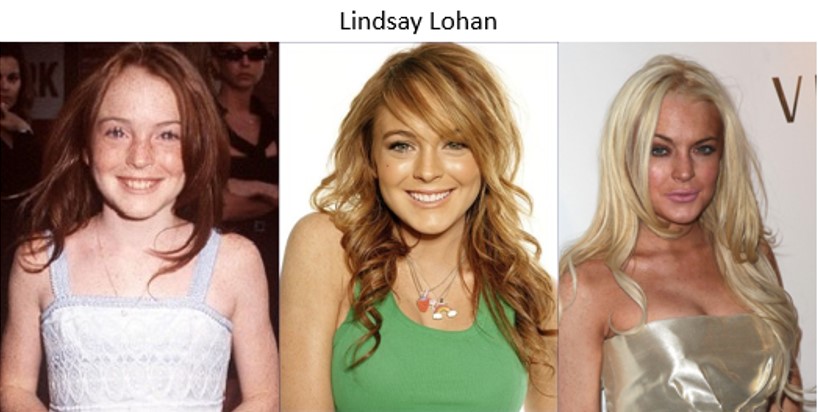 I have no idea what made her decide to dye her exquisite red hair into a shade we can safely call “Dockside Blonde”, nor to transform her beautiful mouth into a ghastly fish-pout, but they are all just examples of Train Smash decisions. Apparently, she recently broke off an “engagement” with some much-younger Russian playboy (like that was going to be her path to future happiness, uh huh) who (of course) abused her horribly. I have to tell you, though, that Miss Lohan is not a perfect example of a Train Smash Woman because she started off well before careening off the rails; most Train Smash Women start off as losers, and just continue down that track. There is considerable evidence that Lohan’s parents are a pair of utter assholes who leeched off her and gave her neither protection nor guidance, but we won’t go there other than to note that asshole parents may be a common factor in the phenomenon.

Example #2: Britney Spears. Like Lindsay Lohan, Britney began her public life well in her early teens. In her case she was a pop singer who, despite a rather thin and weak voice, tapped into the rich ur-pedophilia vein of boy / girl singers and became fabulously wealthy as a result. She was, in the old idiom, as cute as a button:

…and even when she matured and had a couple kids, she still looked good:

Then came the long train smash of broken marriages, disastrous affairs, drink and drug problems, and weight gain — none of which stopped her from performing, though, and she seemed quite unashamed of the Train Smash her life had become: 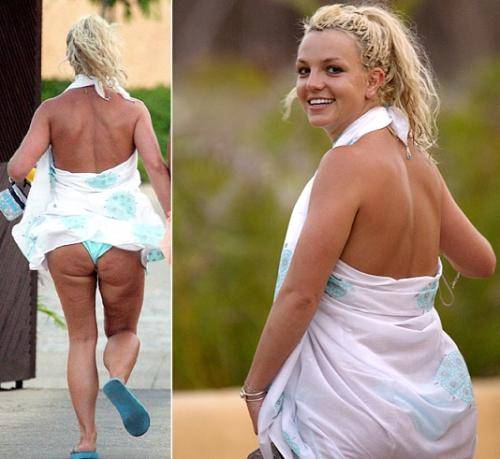 And the final breakdown came when she shaved her head in a series of online Facebook posts or tweets, I don’t remember: 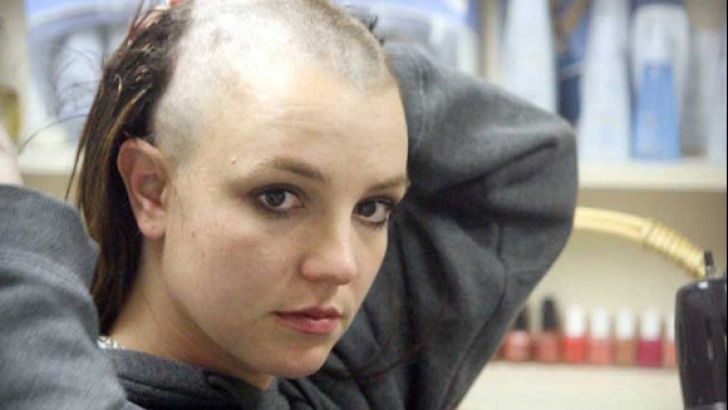 Britney has not stayed a Train Smash Woman, however: she’s cleaned up her act, ditched the drugs and weight, and now has a full-time gig in Vegas. Predictably, I find her less interesting now, although she is once again better to look at (if you prefer that clean-living, daily-gym-visit look, that is):

Now she’s become just another $70,000-per-month superstar, and is of little interest to us anymore.

But no discussion of Train Smash Women would be complete without a look at the ultimate, nay the very embodiment [sic] of the breed.

Example #3: Lisa Appleton. No, I’d never heard of her either. She was on some foul British reality TV show many years ago, and I have to admit, she was quite cute (in that full-figured look I like) and even did a bit of celebrity modeling: 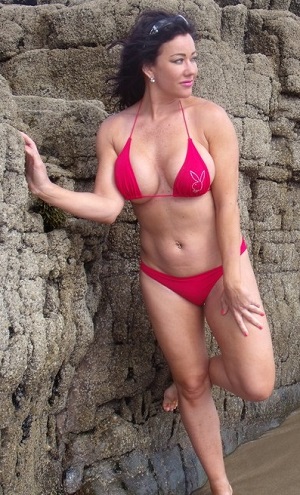 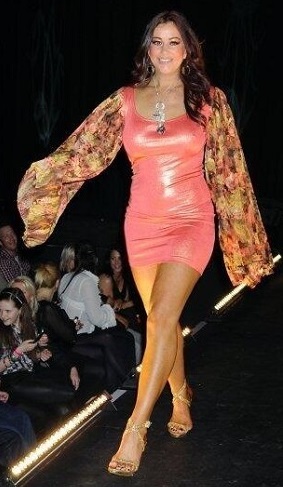 Had I been aware of her in those days, though, I wouldn’t have given her a second look.

But time has passed, as has Lisa’s “career” as a reality TV star, and she’s ummm changed quite a bit: 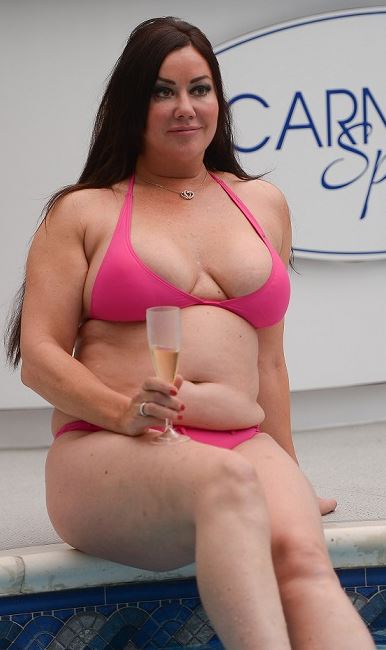 …and her “private” look is even more alarming: 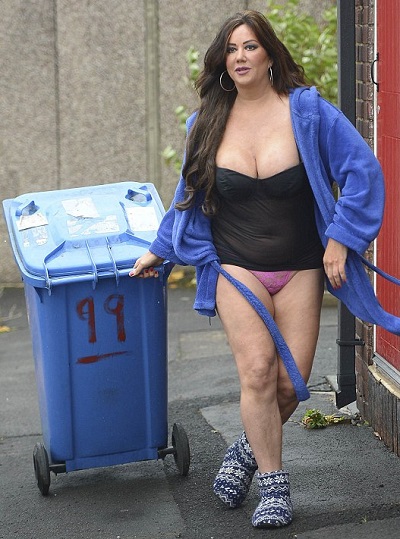 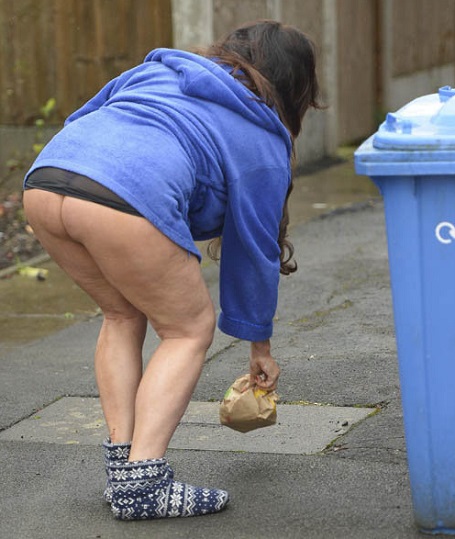 Now I know what people are going to say: “Come on, she’s wearing [that grotesque] makeup… she knew the paparazzi were there.”

Of course she did, you fools — and she knows that every time she leaves the house, some camera lens is going to record her insanity. 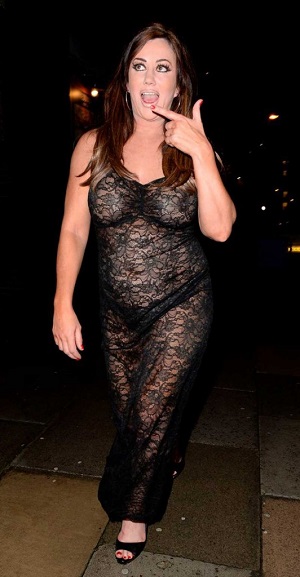 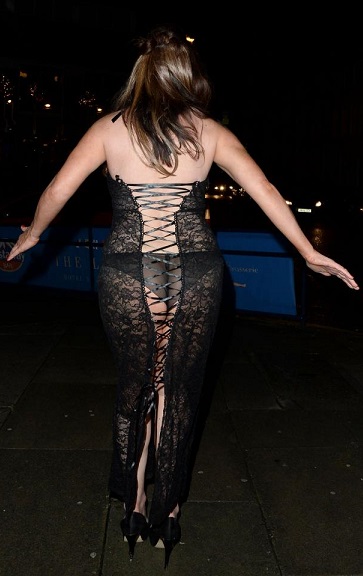 And that’s the joke. Miss Appleton has turned her Train Smash life into a career; in modern parlance, she “owns” her Smashdom and uses it shamelessly. (Under “shameless”, I think, is where you’d find her picture in any dictionary.)

Needless to say, the Daily Mail loves her — almost every day sees a fresh example of Lisa being tongue-in-cheek Train Smash-y, and I love the pictures almost as much as the commenters at the DM website can’t understand why the newspaper features her so often. (Duh, you idiots: it’s because of me, and people like me who love Train Smash Women.)

And the best part of all this? Lisa has a daughter who plans on following in her mother’s footsteps in reality TV. 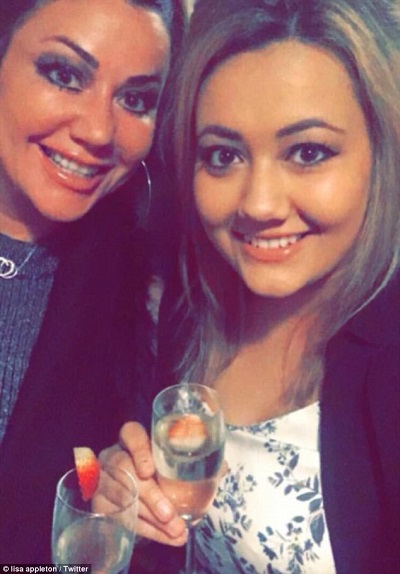 I can hardly wait. Yeah, I know; I’m a bad person.