It is a great pity that most memories of flame-haired beauty Greer Garson are going to be in black-and-white, because she was extraordinary even by the standards of her time (which, as I’ve lamented before, featured Women With Regrettable Hairstyles).

The best part about Garson is that initially, she never had any intentions of becoming a movie actress. She graduated from university with a degree in French and 18th-century literature and worked in an ad agency in her native London. Then she got into some stage acting, and when she was spotted at a performance by L.B. Mayer, he offered her an acting contract on the spot. Her effect was immediate: she got an Oscar nomination (the first of seven) for her very first movie role in Blossoms In The Dust, and won Best Actress for Mrs. Miniver  just a couple years later.

Most British actresses were portrayed in the contemporaneous stereotype of the calm, classy woman, but Greer Garson somehow managed to escape the typecasting occasionally, such as the dancer in Random Harvest (coincidentally, one of my all-time favorite romantic movies, by the way): 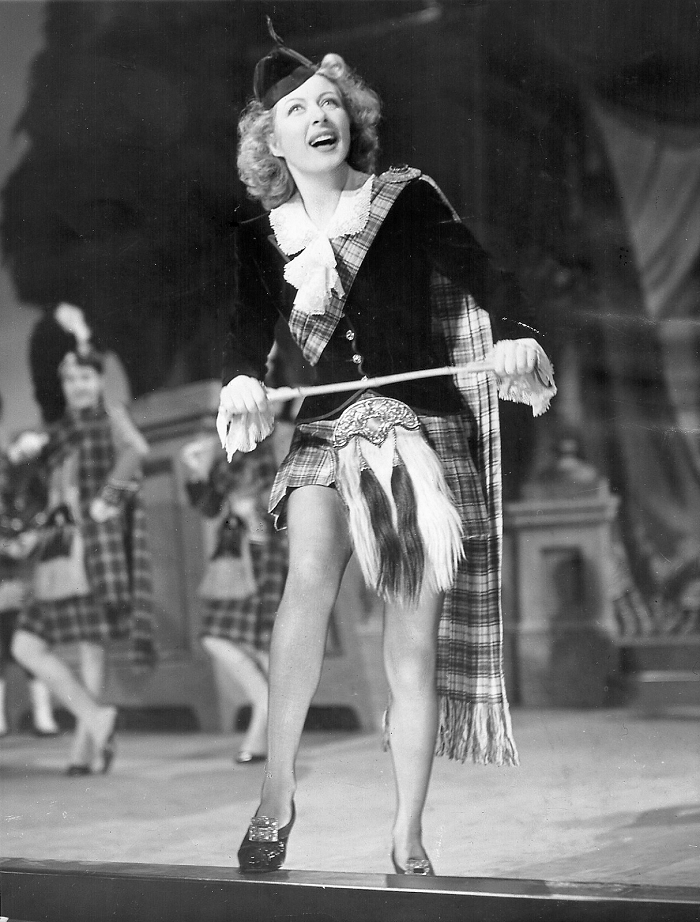 …and she was also capable of being not just beautiful, but sexy as well. Here she is in (yet another of my favorite movies) Mrs. Miniver, showing off her new hat to her husband, wearing a nightgown which… I don’t wanna talk about it: 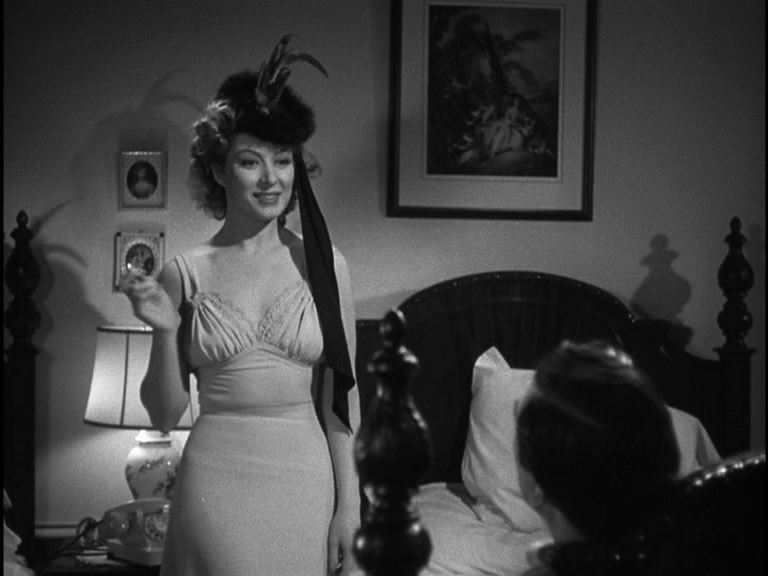 Maybe it was an inadvertent act on the part of the movie’s director (I doubt it), but that scene is one of the most understated yet sexiest ever filmed — no nudity, no sexual banter, nothing but Greer Garson’s astonishing beauty. And in both the above movies (they came out in the same year, 1942) she was already thirty-eight years old, an advanced age by Hollywood standards.

Here are a few more examples of what I’m talking about: 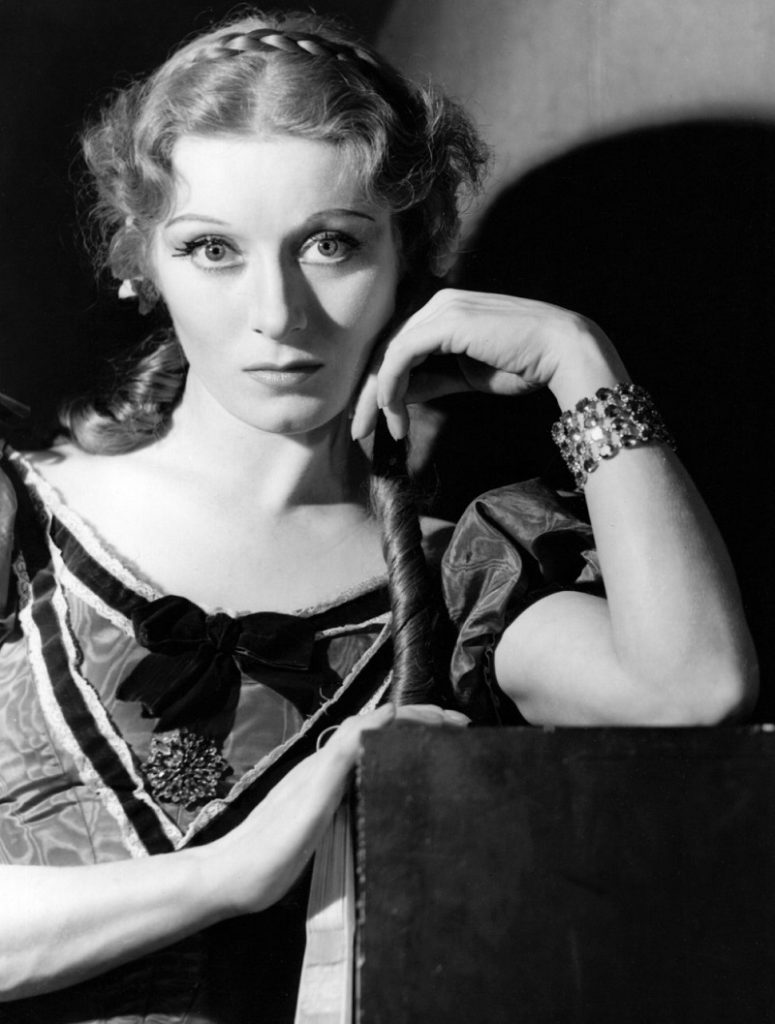 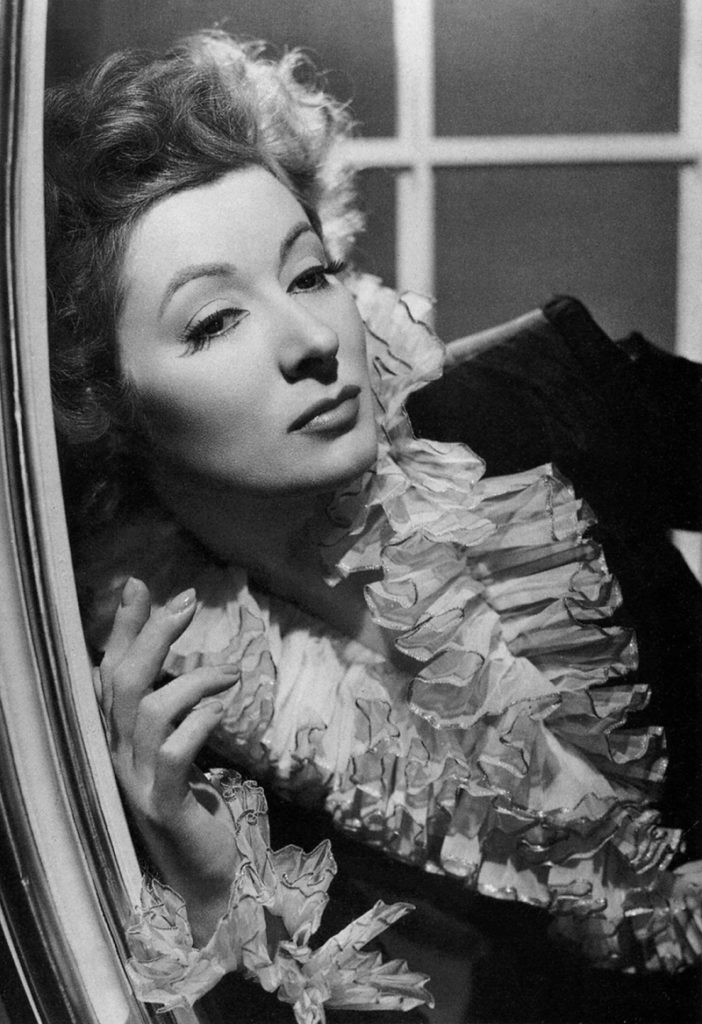 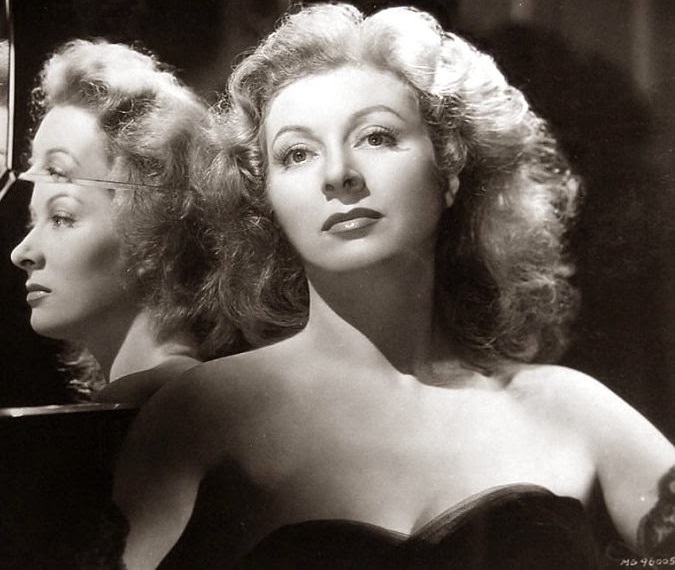 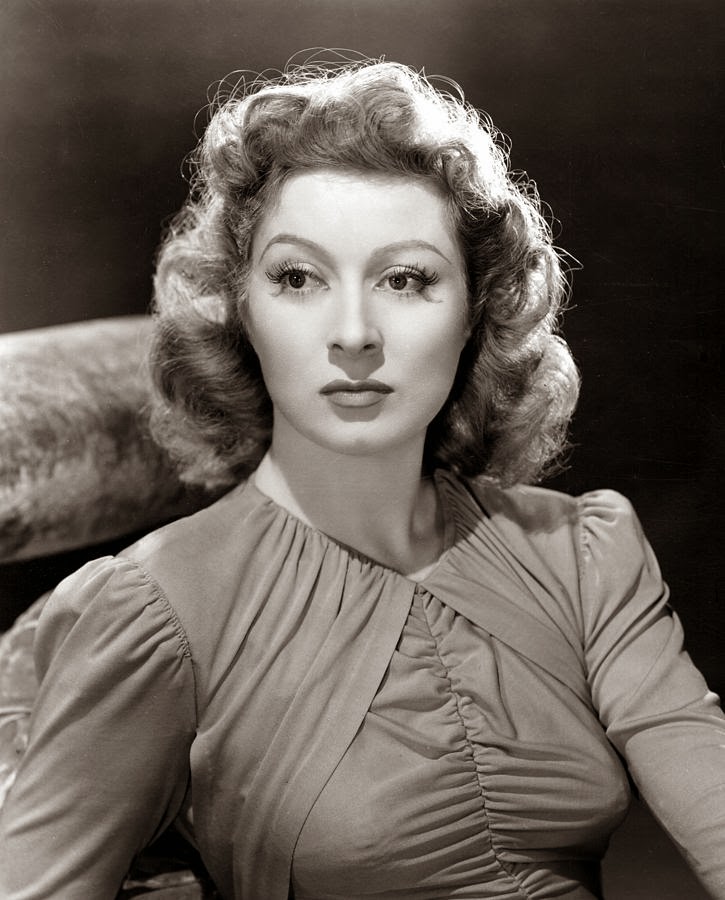 If only they’d been taken in glorious Technicolor… but hey, I’ll take what I’ve been given.